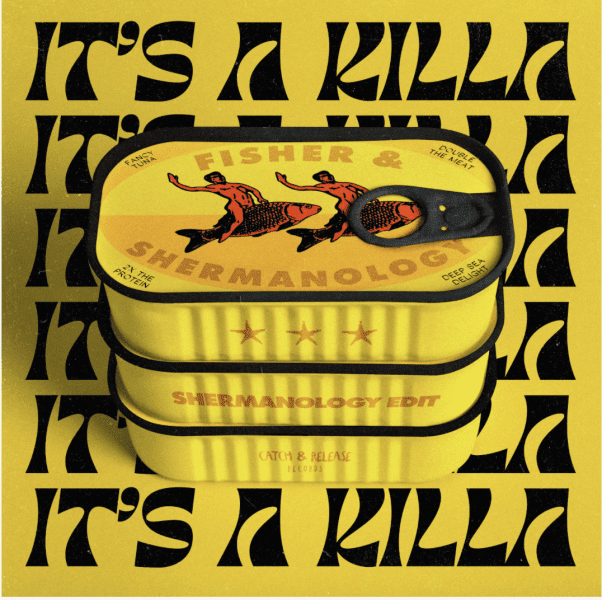 Shermanology introduces a new edit of banger ‘It’s A Killa’. The brother and sister duo release an original edit of the unmissable track with production powerhouse Fisher. Following big milestones, like launching their own record label D’EAUPE, with whom they gathered more than 10 million streams with their debut single, having the track ‘Boyz N Da Club’ reach UK top 50 and BBC Radio One A-List, being the 14th most played record on that radio station during 2021, releasing music through Hot Creations, Cuttin’ Headz, Repopulate Mars, Don’t Sleep Ibiza and Sosa, the duo strike back with this new track, via Fisher’s Label Catch & Release, garnering more than 1 million streams in less than a week of its release.

Shermanology bring forward their characteristic trademark sound with this new rework on ‘It’s A Killa’, a funky bass guides the whole sonic journey, paving the way for an upbeat groovy party. Chopped and echoed vocals mixed with a classic energetic house beat will definitely unleash a dancing session. This groovy and funky track will make all house and funk enthusiasts and dance music followers alike, prepare for festival season or set the mood for a solo dance party.

The duo continues to impress and raise the bar high for coming releases and projects, making their name already a heavyweight contender in the dance music scene worldwide. Be sure not to miss their newest adventures as they pack for a tour that will reach almost every continent, kickstarting their appearances on big stages with their debut on BBC Radio One’s Big Weekend this summer along Eats Everything.

Shermanology will continue to amaze during this year that shapes up to be one full of new music with the duo’s distinctive signature sound and groove stamp and grand accomplishments, claiming their spot as influential references in today’s dance music world.

‘It’s A Killa (Shermanology Edit)’ is out now and available in online stores and major streaming platforms.