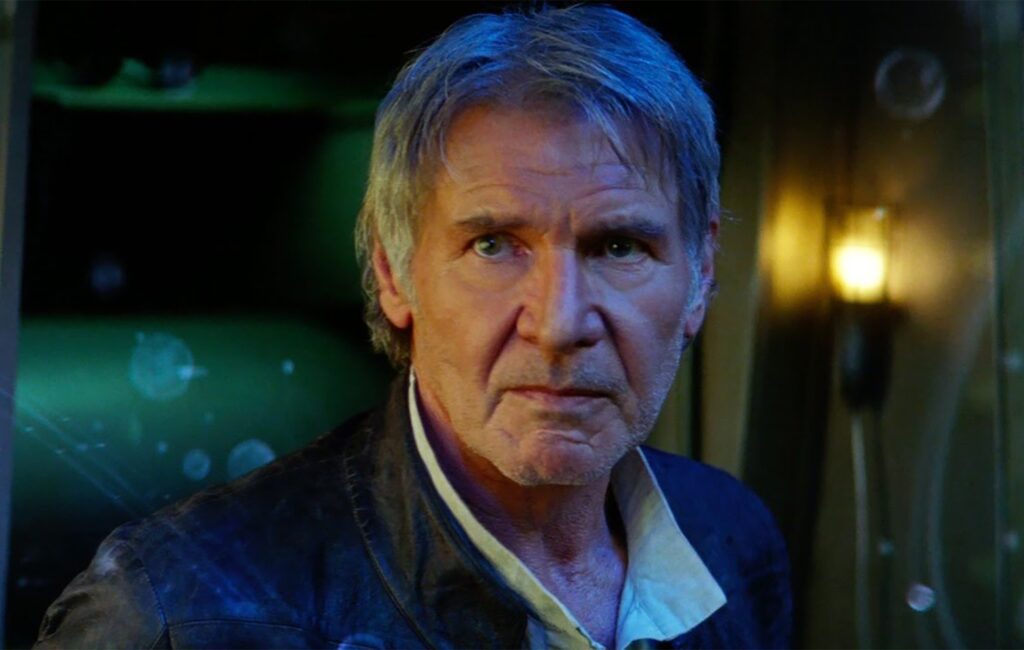 A Star Wars concept artist has revealed an alternative look that could have re-introduced Han Solo in The Force Awakens.

In the existing cut, Solo and his sidekick Chewbacca make their grand return by walking into the Millennium Falcon, although Lucasfilm concept artist/art director Christian Alzmann shared an earlier idea.

Alzmann posted on Instagram an image of Solo at a table in a cantina (where he was first introduced in A New Hope) drinking alongside two aliens.

“Early concept for how we might have met Han in Star Wars: The Force Awakens,” Alzmann wrote on Instagram. “Out-Drinking everyone at a cantina.”

Early concept for how we might have met Han in Star Wars: The Force Awakens. Out-Drinking everyone at a cantina. #starwars #theforceawakens #hansolo #harrisonford #conceptart #digitalart

“This was January of 2013,” he explained. “Luke was being described as a Col. Kurtz type hiding from the world in a cave. In the Art of Star Wars The Force Awakens by @philszostaksf. #conceptart #digitalart #lukeskywalker #jedi.”

Last week, Alden Ehrenreich shared his thoughts on a potential sequel to Solo, in which he played a younger version of Harrison Ford’s character.

Asked for any news following rumours of a new film, the actor said, “No, I don’t know anything about that. I mean, you know, I think our movie was kind of the last of the conventional-era Star Wars movie release time.”