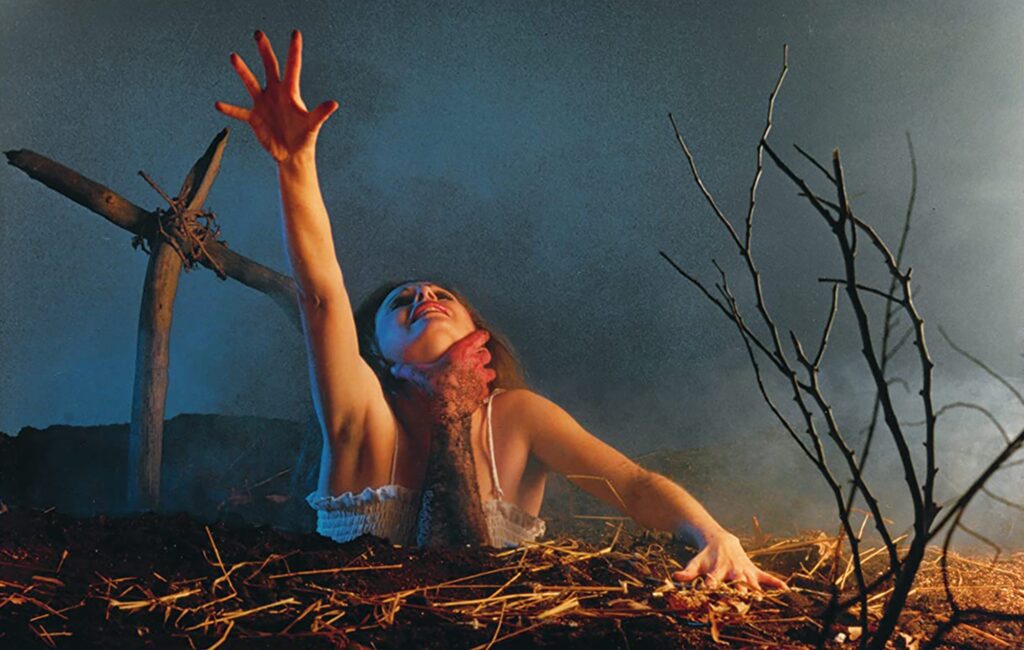 The next Evil Dead film is on the way, with Lee Cronin taking over as director — as chosen by Sam Raimi himself.

A new Evil Dead movie was confirmed last year, and the franchise’s longtime lead and now-producer Bruce Campbell has shared further details on the shape of the upcoming release.

“We’re just getting off the phone with Lee Cronin, who is writing and directing the next Evil Dead,” Campbell told Empire on the future of the franchise.

“It’s called Evil Dead Now. Sam handpicked Lee – he did a cool movie called The Hole In The Ground. We’re going to get that sucker out as soon as practical.”

The upcoming film will not feature Campbell’s character Ash, as was the case with the 2013 sequel Evil Dead. According to Campbell, the next film could have a female lead.

“From this point forward, they kind of have to stand on their own. Which is fine. And liberating,” he said. “You could have different heroes, different heroines in this case. This one’s gonna be a little more dynamic.

“We jut want to keep the series current. And the mantra, really, is that our heroes and heroines are just regular people. That’s what we’re going to continue.”

Raimi’s horror franchise began in 1981 with The Evil Dead. The film focuses on a group of five friends who travel to a cabin in the woods and discover a so-called “Book of the Dead”, unknowingly releasing flesh-possessing demons.

A release date for Evil Dead Now has yet to be confirmed.