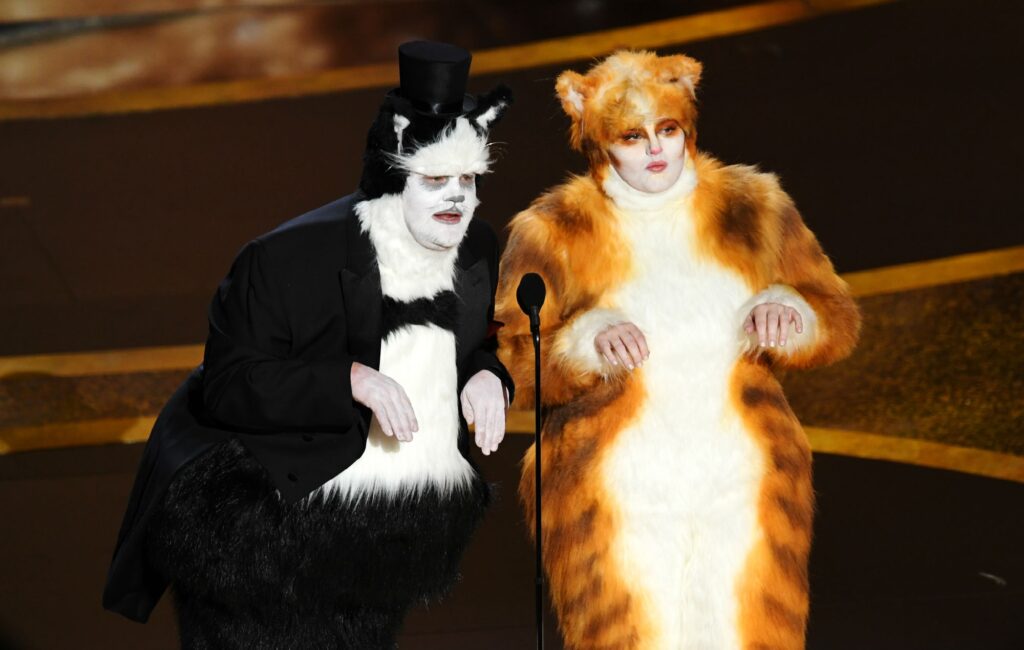 During a YouTube live commentary for a 1998 filmed version of the stage show, the composer made his thoughts on the new changes clear.

Without directly referring to Hooper’s film or Corden’s performance, Lloyd Webber shared his feelings during a pivotal musical number. “Bustopher without interruption, as I wrote it. Do not be beguiled by other versions,” he began.

“Other versions with unfunny interpolations which I begged to be cut out. I did manage to get the worst of them removed. I cannot tell you how absolutely un-Eliot it all was in this song… He certainly didn’t hang around on a seesaw.”

James Corden made a dig at his own character alongside his co-star Rebel Wilson, who plays Jennyanydots, at this year’s Oscars as the pair presented the award for Best Visual Effects. “As cast members of the motion picture Cats, nobody more than us understands the importance of good visual effects.”

Tom Hooper recently came under fire when an anonymous source who worked on the film’s visual effects said the filmmaker made the production process “pure, almost slavery for us”.

In a three-star review of the film, NME said: “Cats is far from the cinematic car crash everyone predicted. (…) It might not be for everyone, but leave your cynicism at the door and you’ll find that there’s unexpected fun to be had here – despite the weirdness.”