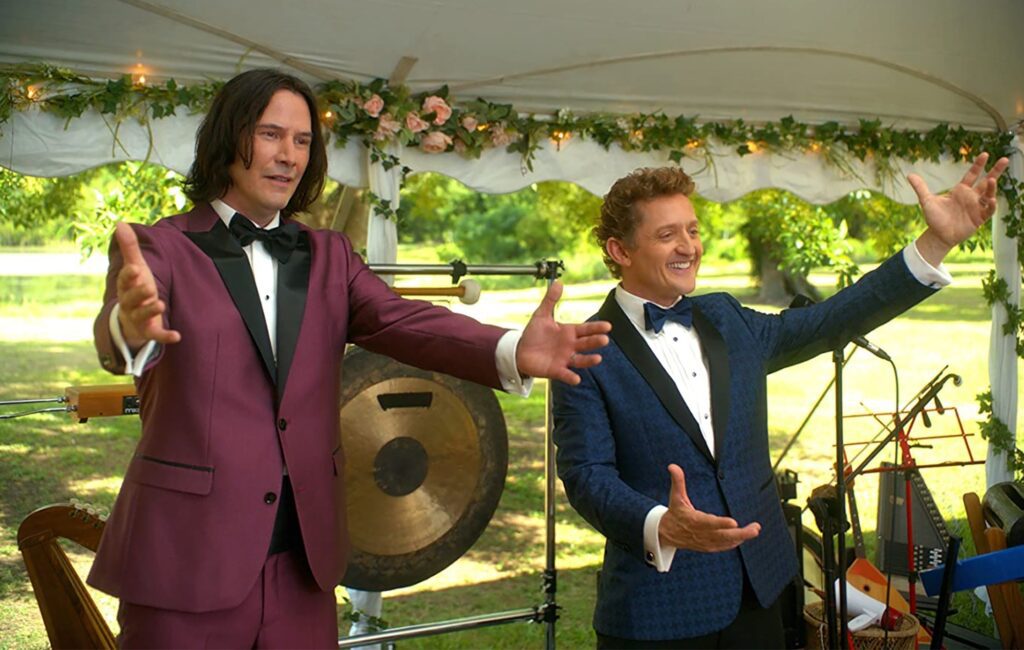 The first trailer for the long-awaited sequel Bill and Ted Face the Music is finally here – watch below.

Alex Winter and Keanu Reeves are reprising their roles as Ted ‘Theodore’ Logan and Bill S. Preston respectively, which they first played in Bill & Ted’s Excellent Adventure in 1989.

The original film was followed by a sequel in 1991, Bill & Ted’s Excellent Adventure, with the upcoming release being the third in the franchise.

Watch the trailer for Bill & Ted Face the Music here:

Last month, the film’s producers invited fans to record a video to a specific Bill & Ted demo track, with a chance of then being included in the film.

“When we announced the movie, we had so many people asking for ways they could be involved, and this notion came up quite early in the process,” screenwriter Ed Solomon explained to Collider.

Bill & Ted Face the Music will also introduce some new faces – Samara Weaving and Brigette Lundy-Paine have been cast as Thea Preston and Billie Logan respectively: Bill and Ted’s daughters.

Almost 30 years exactly since their last outing together, Bill and Ted will finally be returning to the big screen in Bill & Ted Face The Music on August 21.