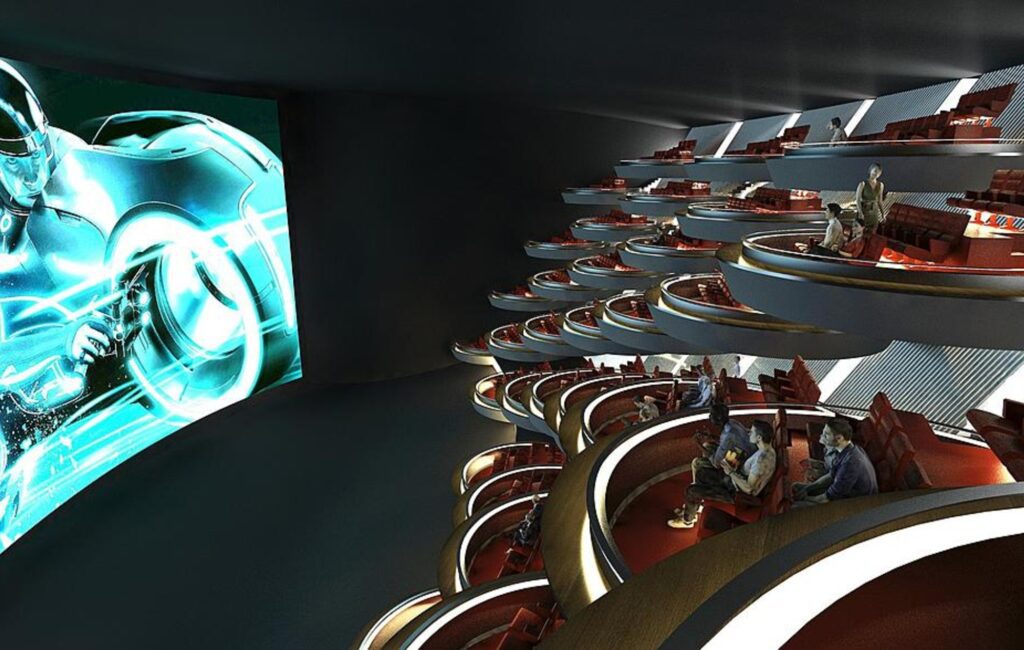 Oma Cinema has unveiled a new, futuristic movie theater design that is set to launch in Paris, France next year – however, it looks like something straight out of a Star Wars movie.

The design for the cinema, drawn up by architect Pierre Chican before the pandemic, is still under-construction promises “a new era of movie theater” and is now seen as a possible way to bring proper coronavirus social distancing guidelines to movie-watching as the seats are attached in small pods on the wall, rather than in rows along the floor.

Twitter users quickly began drawing a comparison between the unveiled designs as the Galactic Senate seen in the Star Wars prequels.

The Galactic Senate was a big part of the prequel trilogy, as first witnessed in The Phantom Menace.

hell yeah, now we can watch movies and pretend we’re in the galactic senate!!!! https://t.co/cZ878Mx0Fd pic.twitter.com/5uqV0a0hJV

This is perfect for me because whenever I watch any movie I like to pretend I’m a member of the Galactic Senate https://t.co/1O1Icf1Trl

When you want to go to the movies but you wind up at a Galactic Senate meeting. https://t.co/1oRmGBFIeo pic.twitter.com/wHpWEKlfPX

Meanwhile, in the UK drive-in cinemas have skyrocketed in numbers following the easing down of lockdown restrictions in recent weeks.

According to new data from media measurement firm Comscore seen by Variety, the number has increased from three to 40 since the global crisis began.