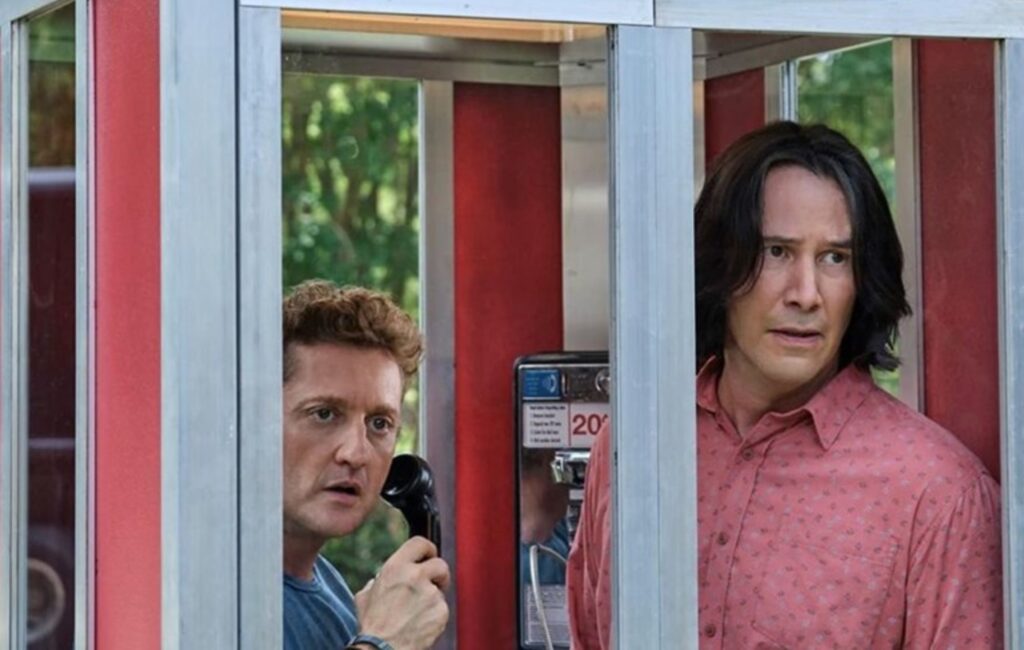 A new trailer has been released for Bill and Ted Face The Music – watch it below.

Alex Winter and Keanu Reeves will reprise their roles as William “Bill” S. Preston and Theodore “Ted” Logan, which they first played in Bill & Ted’s Excellent Adventure in 1989 and then again for a sequel in 1991, Bill & Ted’s Bogus Journey.

The teaser for the third film in the series, released on Thursday (July 23), shows the pair once again travel through time in their iconic phone booth as adults who need to enlist the help of their two daughters to save the world with the daunting task of writing a song.

The new trailer, which shows William Sadler return as Death, comes after a shorter teaser was shown last month. It features Kid Cudi and begins with Bill and Ted at couples therapy with their wives.

Original cast member George Carlin, who played Rufus, passed away in 2008 but is remembered through Kristen Schaal’s character Kelly who is named after Carlin’s real-life daughter. Also in the movie, a watch that Bill and Ted were given in the first movie reveals a message from Rufus.

Originally scheduled to be released on August 21, the film will now arrive on September 1 in both cinemas and on Video on Demand services due to the ongoing coronavirus crisis.