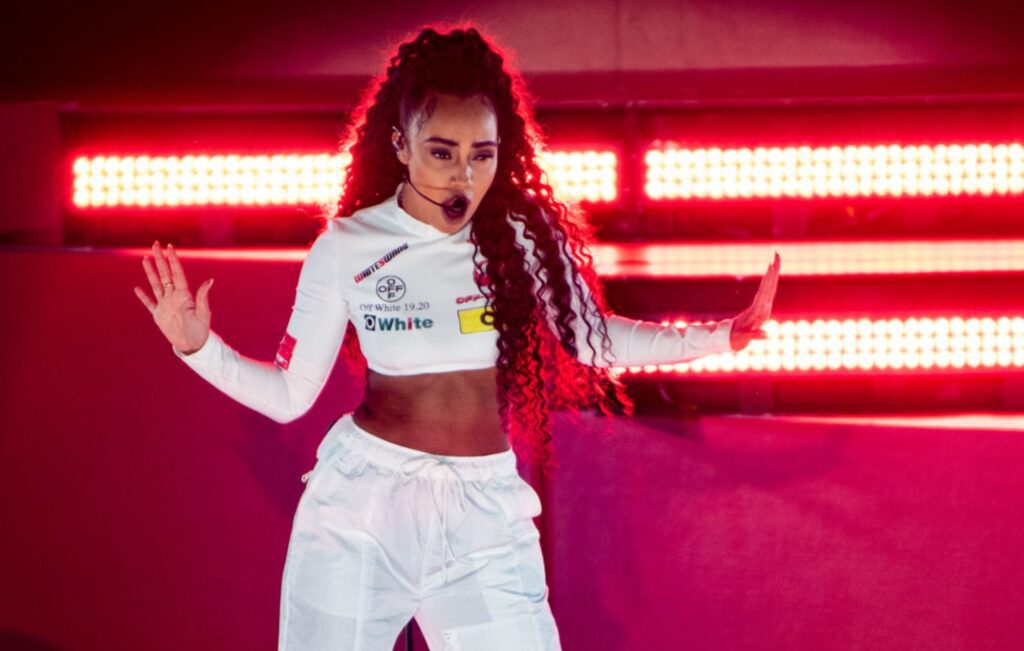 Little Mix‘s Leigh-Anne Pinnock will make her big screen debut in the upcoming festive comedy Boxing Day, which has received its first trailer.

Pinnock co-stars in the film as successful singer Georgia, whose ex-boyfriend Melvin (I May Destroy You‘s Aml Ameen) travels from the US back home to London for the holidays with his fiancée, Lisa (Aja Naomi King).

When Georgia and Melvin’s paths realign however, old feelings appear to surface.

The film is written and directed by Ameen, who likened Pinnock’s character in the film to “my Julia Roberts from My Best Friend’s Wedding or Notting Hill” when speaking to Digital Spy.

The film will be released in UK cinemas on December 3.

Little Mix have experienced a history-making 2021.

In August, they became the only girl group to have at least one track in the Official Singles Chart’s Top 10 for 100 weeks.

The trio accomplished the feat with their single ‘Heartbreak Anthem’, a collaboration with Galantis and David Guetta that they released back in May. It came in at Number Seven on the UK singles chart this week.

Celebrating the group’s achievement, Pinnock shared a message to Little Mix fans saying: “Wow! It’s amazing, and we wouldn’t have done this without you guys. You never fail to blow us away – you’re just incredible and we wouldn’t be here without you. Thank you.”

Earlier this year at the BRIT awards, they made history again as the first British female group to win the Best British Group award. They used their speech to thank “all the incredible female bands” in the industry, both past and present.