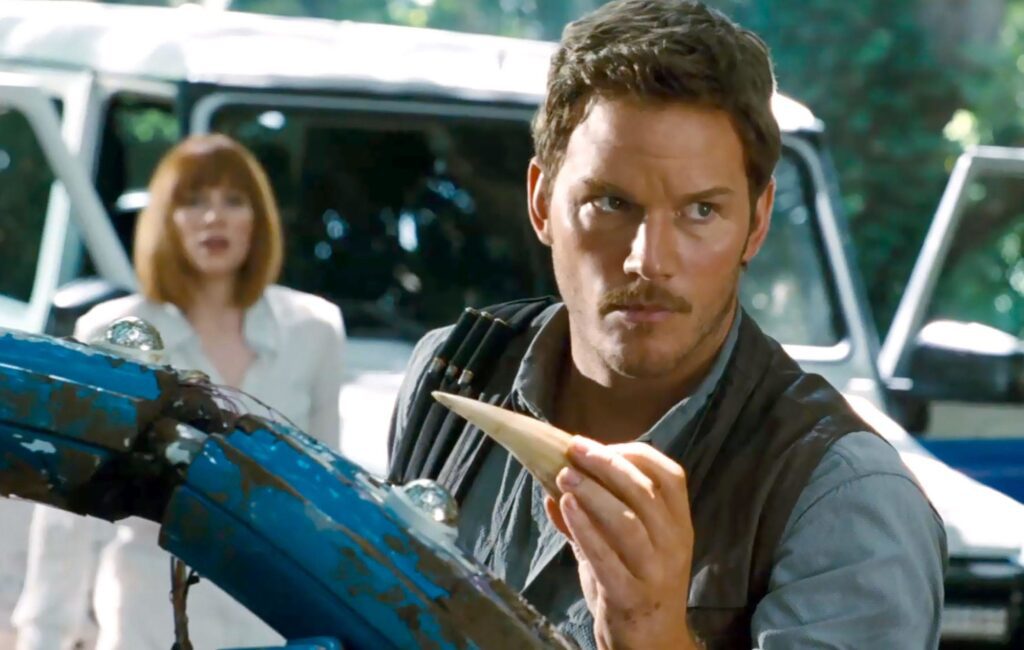 A new image from the upcoming Jurassic World sequel Dominion has been released, and it introduces a new character alongside franchise hero Chris Pratt.

The third film in the rebooted dinosaur franchise is currently set for release this coming June and will see the return of original cast members from Jurassic Park, Laura Dern, Sam Neill and Jeff Goldblum.

DeWanda Wise, who starred in She’s Gotta Have It and Shots Fired, and also appeared in Kevin Hart’s Netflix film Fatherhood, has been cast as an as-yet-unnamed protagonist in the Dominion.

In a new image shared by Colin Trevorrow, the film’s director, Wise can be seen carrying what looks like a taser while stood side by side with Pratt’s Owen Grady, who himself is wielding a knife. Trevorrow simply captioned the image: “Heroes.”

Pratt also shared the image and expressed his excitement to be working with Wise. “Cannot wait to share the silver screen with the great and powerful @dewandawise as she makes an entrance you will never forget,” Pratt wrote on Instagram, adding: “Blessed. Humbled. Grateful.”

Reflecting on the future and eventual end of the film series, Trevorrow told Entertainment Weekly: “To me, [‘Dominion‘] is a culmination of one story that’s been told.

“When you got to the end of the Jurassic Park trilogy, it may not have been as clear in what the complete story of those three movies was because they were a bit more episodic in the way that they were approached. But this trilogy is not that way.”

He continued: “It’s very much a serialised story. What was important for me was, when you watch Dominion, you really feel like you are learning how much of a story that first set of movies was and how everything that happened in those movies actually informs what ultimately is able to happen in this.

Meanwhile, Sam Neill has called Dominion the franchise’s “best yet”.

He tweeted: “Hold onto your hat. Getting’ my old one back this week, and facing off dinosaurs once again. Best yet. Excited and terrified – these things will kill ya.”