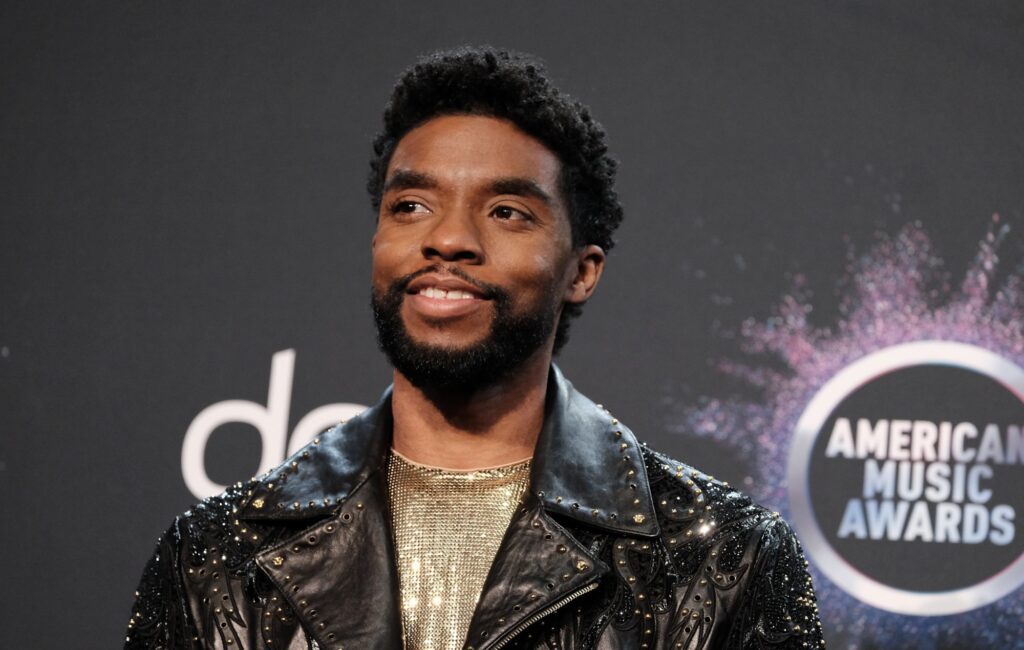 Black Panther actor Chadwick Boseman has passed away at the age of 43 following a four-year battle against colon cancer.

It reads: “It is with immeasurable grief that we confirm the passing of Chadwick Boseman. Chadwick was diagnosed with stage III colon cancer in 2016, and battled with it these last 4 years as it progressed to stage IV.

“A true fighter, Chadwick persevered through it all, and brought you many of the films you have come to love so much. From Marshall to Da 5 Bloods, August Wilson’s Ma Rainey’s Black Bottom and several more, all were filmed during and between countless surgeries and chemotherapy.

“It was the honor of his career to bring King T’Challa to life in Black Panther. He died in his home, with his wife and family by his side.

“The family thanks you for your love and prayers, and asks that you continue to respect their privacy during this difficult time.” Read the statement below.

Boseman is perhaps best known for his lead role as T’Challa in Marvel blockbuster Black Panther, starring opposite Lupita Nyong’o, Michael B. Jordan and others. He also played James Brown in 2014 biopic Get on Up, and Jackie Robinson in 2013 film 42. He recently appeared in Spike Lee’s latest film Da 5 Bloods.

In light of the news, #WakandaForever began trending on Twitter in the United States in tribute to Boseman’s starring role in Black Panther.

Marvel Studios shared a statement to pay tribute to Boseman, saying, “Our hearts are broken and our thoughts are with Chadwick Boseman’s family. Your legacy will live on forever. Rest In Peace.”

Our hearts are broken and our thoughts are with Chadwick Boseman’s family. Your legacy will live on forever. Rest In Peace. pic.twitter.com/YQMrEJy90x

Boseman’s Black Panther castmates Angela Bassett and Sterling K. Brown have both paid tribute to the actor, as well as director Ava DuVernay, who was lined up to direct the film before the seat was filled by Ryan Coogler.

“It was meant to be for Chadwick and me to be connected, for us to be family. But what many don’t know is our story began long before his historic turn as Black Panther. During the premiere party for Black Panther, Chadwick reminded me of something. He whispered that when I received my honorary degree from Howard University, his alma mater, he was the student assigned to escort me that day. And here we were, years later as friends and colleagues, enjoying the most glorious night ever! We’d spent weeks prepping, working, sitting next to each other every morning in makeup chairs, preparing for the day together as mother and son. I am honored that we enjoyed that full circle experience. This young man’s dedication was awe-inspiring, his smile contagious, his talent unreal. So I pay tribute to a beautiful spirit, a consummate artist, a soulful brother…”thou aren’t not dead but flown afar…”. All you possessed, Chadwick, you freely gave. Rest now, sweet prince.” #WakandaForever

I don’t have words. Rest In Peace, Bruh. Thank you for all you did while you were here. Thank you for being a friend. You are loved. You will be missed. 🤜🏿🤛🏿 https://t.co/8rK4dWmorq

May you have a beautiful return, King. We will miss you so. pic.twitter.com/jdip3RHoXb

Boseman’s passing was confirmed on August 28, US time – the same date Major League Baseball observed Jackie Robinson Day 2020. Boseman had portrayed the groundbreaking baseball player in the 2013 biographical film, 42, and MLB issued a statement on his passing as well.

We are devastated by the tragic loss of Chadwick Boseman. His transcendent performance in “42” will stand the test of time and serve as a powerful vehicle to tell Jackie’s story to audiences for generations to come. pic.twitter.com/8oU7QpdLSE

See other tributes below from Chris Evans, Don Cheadle, Brie Larson, Taika Waititi and others who have played roles or directed films within the Marvel Cinematic Universe.

All I have to say is the tragedies amassing this year have only been made more profound by the loss of #ChadwickBoseman. What a man, and what an immense talent. Brother, you were one of the all time greats and your greatness was only beginning. Lord love ya. Rest in power, King.

I’m absolutely devastated. This is beyond heartbreaking.

Chadwick was special. A true original. He was a deeply committed and constantly curious artist. He had so much amazing work still left to create. I’m endlessly grateful for our friendship. Rest in power, King💙 pic.twitter.com/oBERXlw66Z

i will miss you, birthday brother. you were always light and love to me. my god … ✌🏿♥️✊🏿 🙅🏿‍♂️ forever and ever … https://t.co/9pORaKZuQN pic.twitter.com/awX3DiTVwn

I’m gonna have to tell Cy, Bowie and Zen that T’Challa has passed. What other king can I tell them about now? pic.twitter.com/AFEFxJOFd5

THANK YOU @chadwickboseman for all you gave us. We needed it & will always cherish it! A talented & giving artist & brother who will be sorely missed🙏🏿 RIP

Peace King… Thank you for your extraordinary work, your exemplary character and leadership. Love you Brother. 🤲🏿