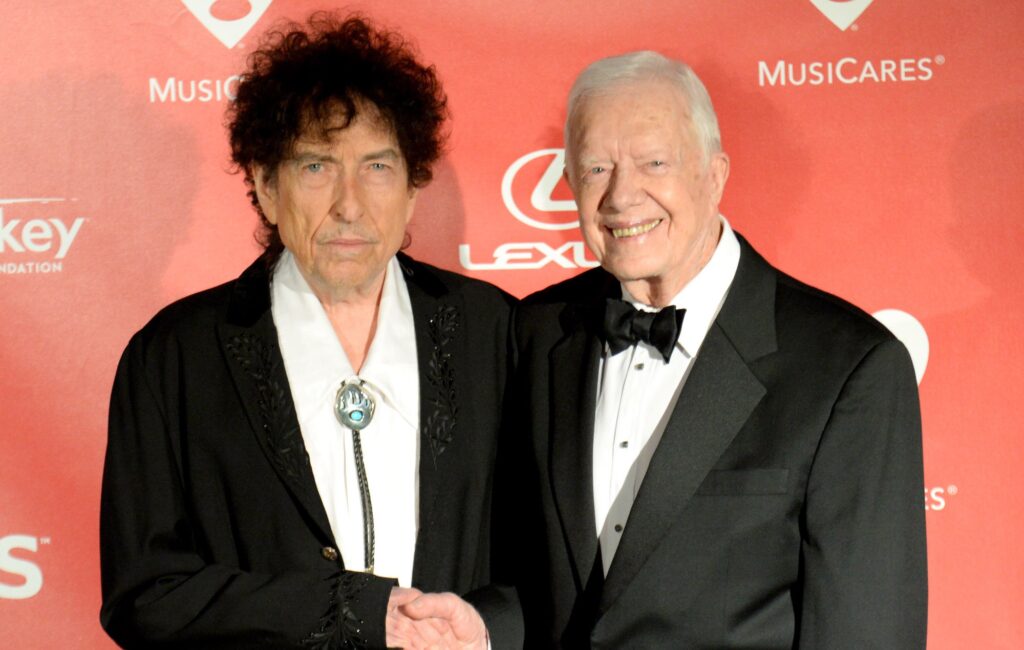 A star-studded new trailer has been released for forthcoming documentary Jimmy Carter: Rock & Roll President – watch it below.

The documentary, which highlights the former US President’s friendships with some of rock’n’roll’s biggest names, features Bob Dylan, Nile Rodgers, Bono, Willie Nelson and others.

“The one thing that has held America together is the music we share and love,” Carter says at the start of the new trailer, while revealing that Dylan and Nelson are among his “closest friends”.

Also in the trailer is footage of Willie Nelson visiting the White House while Carter was in office. “With all the odds against him, he still did what he thought was right,” Nelson says of Carter’s presidency in the trailer. “That’s not a bad pattern for all of us to follow.”

“His love for music makes sense to me because music is the voice of the heart,” Garth Brooks also adds.

Watch the trailer for Jimmy Carter: Rock & Roll President below.

Jimmy Carter: Rock & Roll President is set to open in US cinemas on September 9. Exactly a month later, it will be able to be streamed from home and will also get a physical release.

Earlier this year, Bono shared a playlist of “60 songs that saved my life” to mark his 60th birthday, before proceeding to send a dedicated letter to the writers of all 60 songs, which were shared on U2‘s website.

Recipients of the letters included Billie Eilish, Kraftwerk and David Bowie‘s son Duncan Jones, as well as Daft Punk, Pharrell and Nile Rodgers for their smash hit ‘Get Lucky’.