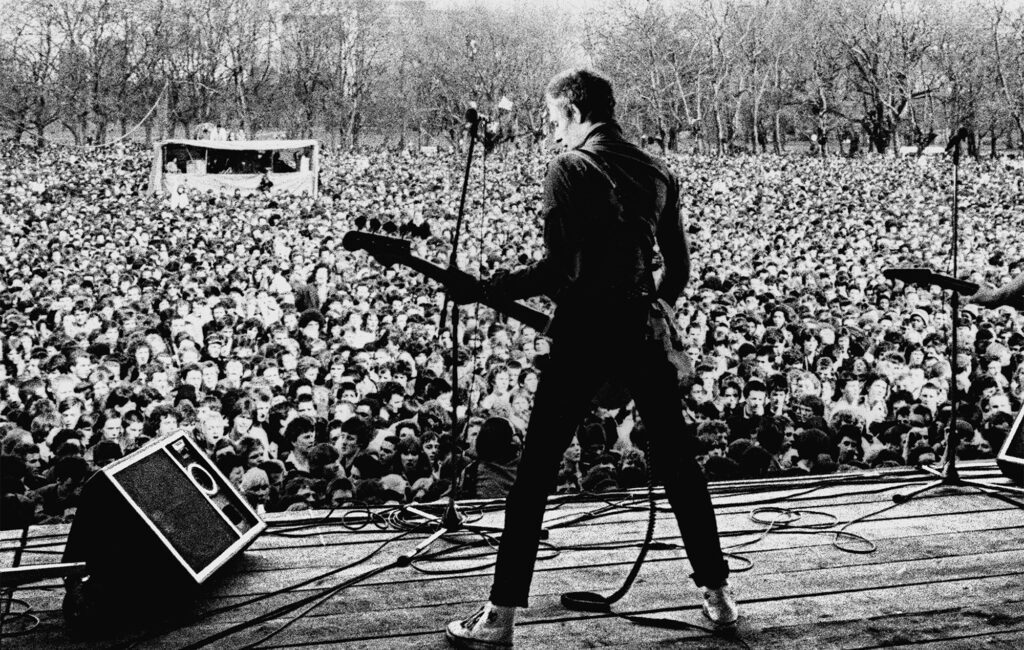 The film documents the British punk scene of the late 1970s and the formation of the Rock Against Racism foundation.

Directed by Rubika Shah and produced by Ed Gibbs, the film is streaming online from today (May 22) until May 31, in association with a number of independent cinemas who were set to screen the film, but are currently shut due to the coronavirus pandemic.

In addition to the week of virtual advance screenings, All Points East will host a special panel and Q&A event on May 29 at 8pm (BST), hosted by journalist Kate Hutchinson and featuring Shah, Rock Against Racism co-founder Roger Huddle and All Points East director Jenny Hamada.

The evening will also feature a musical performance by Celeste Bell, daughter of Poly Styrene, a member of X-Ray Spex, who played Rock Against Racism’s iconic London march and concert in 1978, which took place in Victoria Park, the home of All Points East.

Get full details on the events and screen the film here, and watch the White Riot trailer below.

Speaking of the documentary and the forthcoming event, Shah said: “I first found out about Rock Against Racism five years ago and couldn’t believe the story about how this movement came about hadn’t been told.

“White Riot delves into the birth of Rock Against Racism. It is an inspiring story about youth culture and standing up for what you believe in. We are thrilled to be releasing it into the world. Watch this space for more digital screenings over summer.”

White Riot premiered at last year’s BFI Film Festival, and will get a full release this autumn.