Watch the harrowing trailer for 'The Forever Purge' sequel film 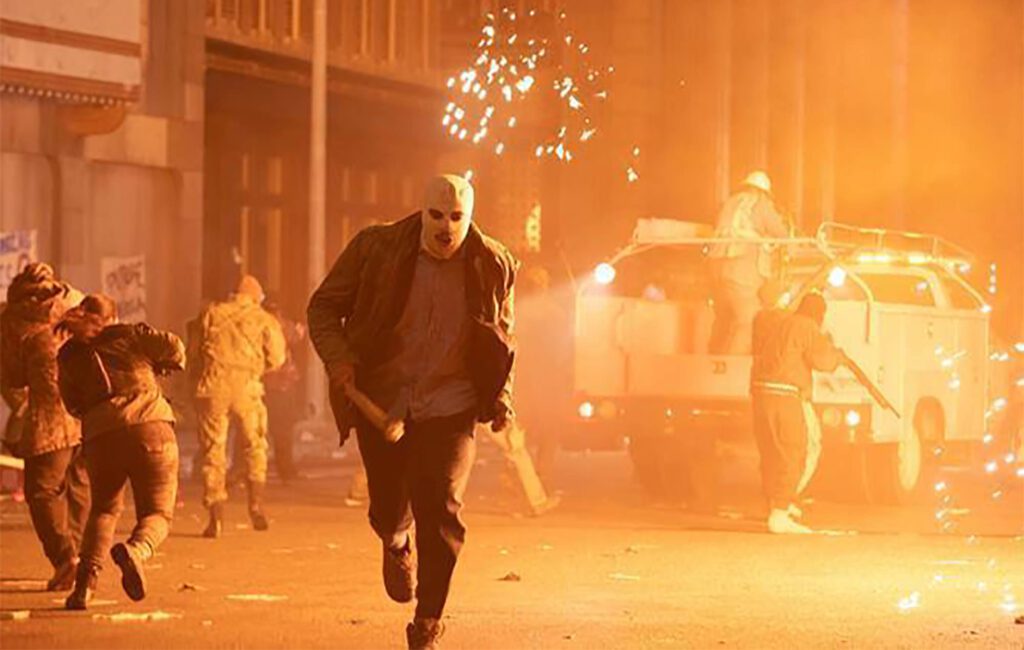 The official trailer for The Forever Purge has just been released – check it out below.

Following on from Blumhouse’s The First Purge in 2018, the new film will see the underground movement of the horror franchise decide to “purify” the country once and for all.

The Forever Purge will be set after the events of The Purge: Election Year and will be the fifth and final film in the franchise.

One night is not enough. #TheForeverPurge in theaters July 2. Watch the trailer now. pic.twitter.com/mjYMdONsUL

A synopsis for The Forever Purge reads: “Mexican refugees Adela and her husband Juan have fled the drug cartels in their country and now live in Texas.

“Working as a ranch hand for the wealthy Tucker family, Juan impresses the Tucker patriarch, Caleb. Unfortunately, that only fuels the jealous anger of Caleb’s son, Dylan.”

It continues: “On the morning after The Purge, a masked gang of killers attacks the Tucker family—including Dylan’s pregnant wife, Cassie, and his sister, Harper, forcing both families to band together and fight back as the country spirals into chaos and the United States begins to disintegrate around them.”

Last year, a siren made familiar in the franchise was inadvertently used by the police department of Crowley, Louisiana, to notify residents of the start of a coronavirus-enforced curfew.

“Last night a ”Purge Siren” was utilised by the Crowley Police Department as part of their starting curfew. We have received numerous complaints with the belief that our agency was involved in this process,” Acadadia Parish Sheriff K.P Gibson said in a statement.

“We were not involved in the use of the “Purge Siren” and will not utilise any type of siren for this purpose. Calls regarding this matter should be directed to the Crowley Police / Chief Broussard and not the Acadia Parish Sheriff’s Office.”

The Forever Purge is set to be released in cinemas on July 16.