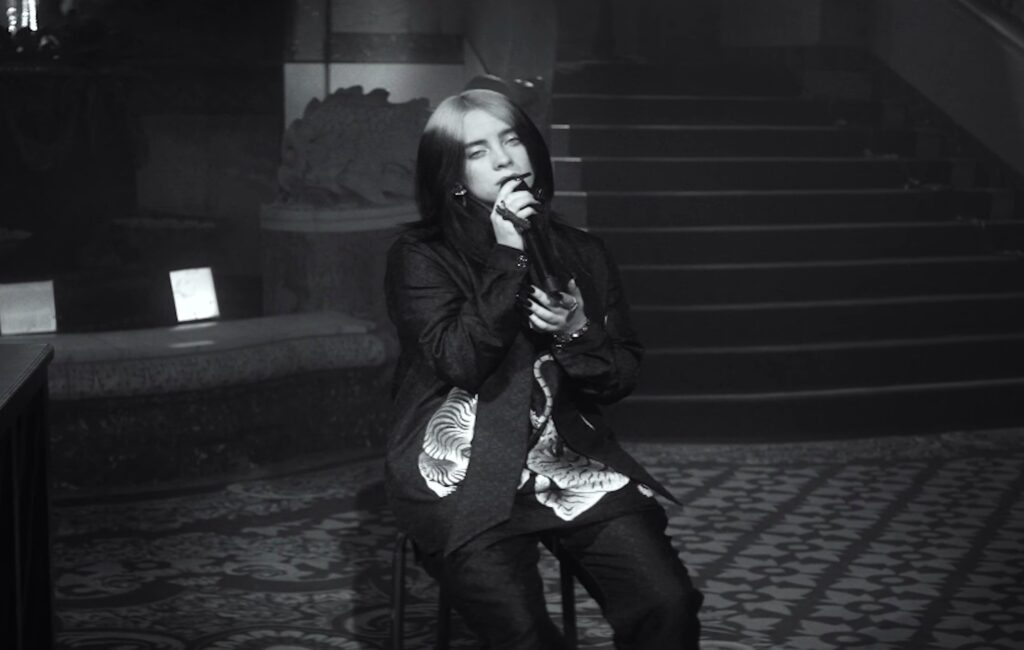 Billie Eilish was the musical guest on the most recent episode of The Tonight Show Starring Jimmy Fallon, where she and brother/collaborator FINNEAS performed new James Bond theme ‘No Time to Die’.

Eilish and her brother also spoke to Fallon ahead of the performance, discussing the creative process behind the song. They also discussed their huge night at this year’s Grammys and the advice Eilish received from Alicia Keys the following day (“Don’t be embarrassed for being dope”.)

Last week, Eilish dropped a similarly-styled, Daniel Kleinman-directed music video for ‘No Time to Die’. The visuals intersperse shots of the singer performing in black and white with various clips from the film.

Recently, Apple confirmed that a new documentary feature film about Eilish called The World’s a Little Blurry would be arriving in cinemas and on their Apple TV+ streaming platform in February next year.

Over the weekend, it was announced that No Time to Die – the 25th instalment of the Bond series – had been delayed for the second time amid uncertainty regarding the coronavirus pandemic.

After its original April 2, 2020 release date was pushed back, fans were expecting to be able to see the next instalment in the franchise in the UK on November 12 and in the US on November 20.

In a new statement, MGM, Universal and Bond producers Michael G Wilson and Barbara Broccoli announced that Daniel Craig’s final outing at 007 would be delayed until April 2, 2021 “in order to be seen by a worldwide theatrical audience”.