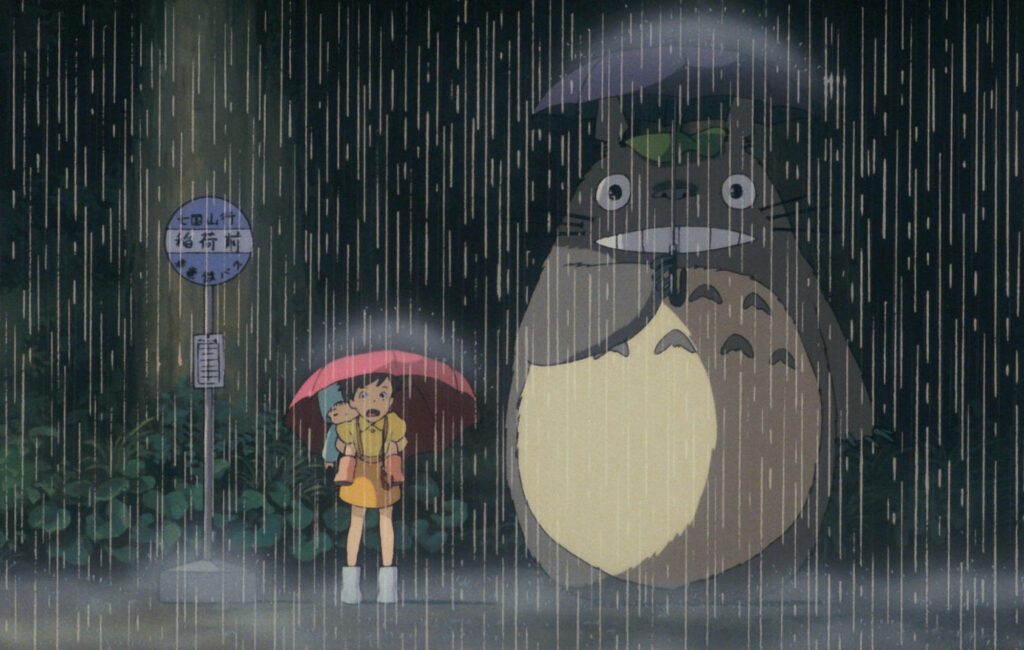 Studio Ghibli has shared another batch of artwork from some of its classic films, including My Neighbour Totoro.

The animation house began sharing new images from its arsenal of films, shorts and TV shows earlier this year.

The latest drop includes 50 images each for five of its films, including Hayao Miyazaki’s 1988 fantasy film My Neighbour Totoro, Porco Rosso – the 1992 film about a WWI pilot-turned-pig – and 1989’s Kiki’s Delivery Service, which centred around a 13-year-old girl and her talking cat Jiji.

Completing the latest image release are 1994’s Pom Poko – about a group of folk-tale characters using their supernatural talents to save their forest home from urban development – and the TV movie Ocean Waves. You can see all the images here.

Previous films to have new images shared include Spirited Away, Ponyo and Whisper Of The Heart.

Meanwhile, Studio Ghibli’s planned Wembley Arena shows, which were due to take place this September, were forced to be postponed because of the coronavirus pandemic.

The Joe Hisaishi Symphonic Concert is due to celebrate 35 years of the acclaimed Japanese animation studio and the composer’s work with filmmaker Hayao Miyazaki. The rescheduled shows are now currently set to take place on Friday, August 6 and Saturday, August 7, 2021.

A new Ghibli film, Aya And The Witch, is slated for release next month. In June, the studio released a first-look at the CGI-produced movie, which is based on the children’s book Earwig And The Witch by the late Diana Wynne Jones.