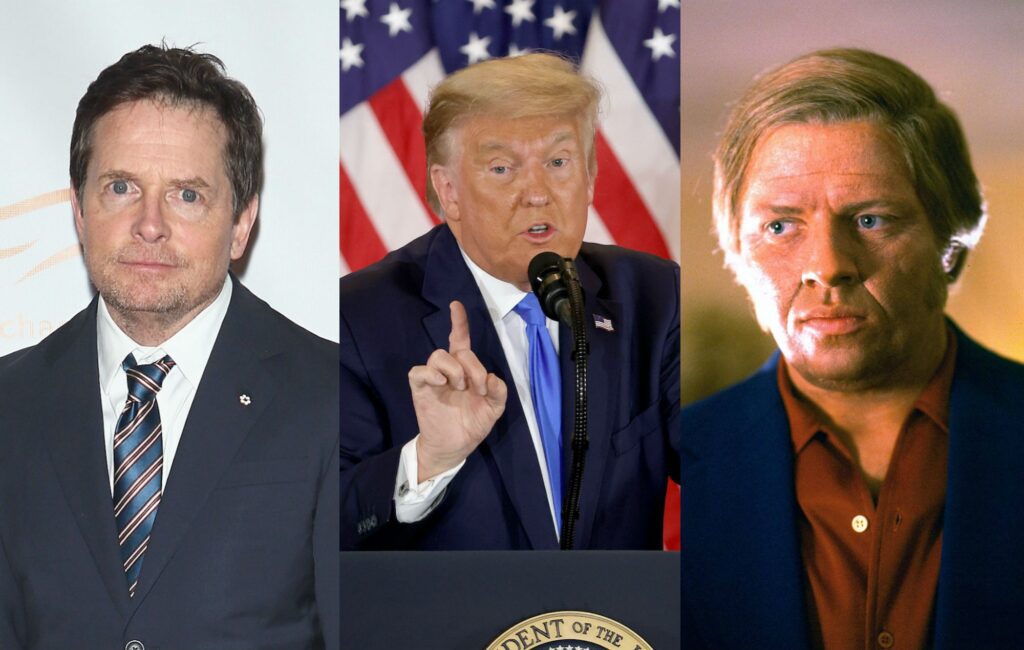 Biff – who Back to the Future writer Bob Gale previously confirmed was based on the then-property tycoon – is Fox’s character Marty McFly’s nemesis, and is known as an aggressive and selfish bully.

Speaking in a new interview with The Guardian, the actor said of the US President: “Every worst instinct in mankind has been played on [by Trump], and for me that’s just anathema. Biff is president!”

The second film in the franchise sees Biff become a tycoon after altering history, with Gale explaining that he was based on Trump.

“We thought about it when we made the movie! Are you kidding?” he told the Daily Beast. “You watch Part II again and there’s a scene where Marty confronts Biff in his office and there’s a huge portrait of Biff on the wall behind Biff, and there’s one moment where Biff kind of stands up and he takes exactly the same pose as the portrait? Yeah.”

“When you see your particular group mocked, it’s such a gut punch,” he said. “It’s so senseless and cheap. There’s no way I get up in the morning and mock orange people.”

Fox recently opened up about the “darkest moments” in his life since his Parkinson’s diagnosis, revealing that he discovered a noncancerous tumour was growing on his spine in 2018 that almost caused paralysis.

He added of another moment when he fell and broke his arm badly: “I just snapped. I was leaning against the wall in my kitchen, waiting for the ambulance to come, and I felt like, ‘This is as low as it gets for me.’

“It was when I questioned everything. Like, ‘I can’t put a shiny face on this. There’s no bright side to this, no upside. This is just all regret and pain.’”

He added: “Parkinson’s, my back, my arm … it still didn’t add up to moving the needle on the misery index compared to what some people go through. I thought, ‘How can I tell these people, ‘Chin up. Look at the bright side. Things are going to be great’?’”