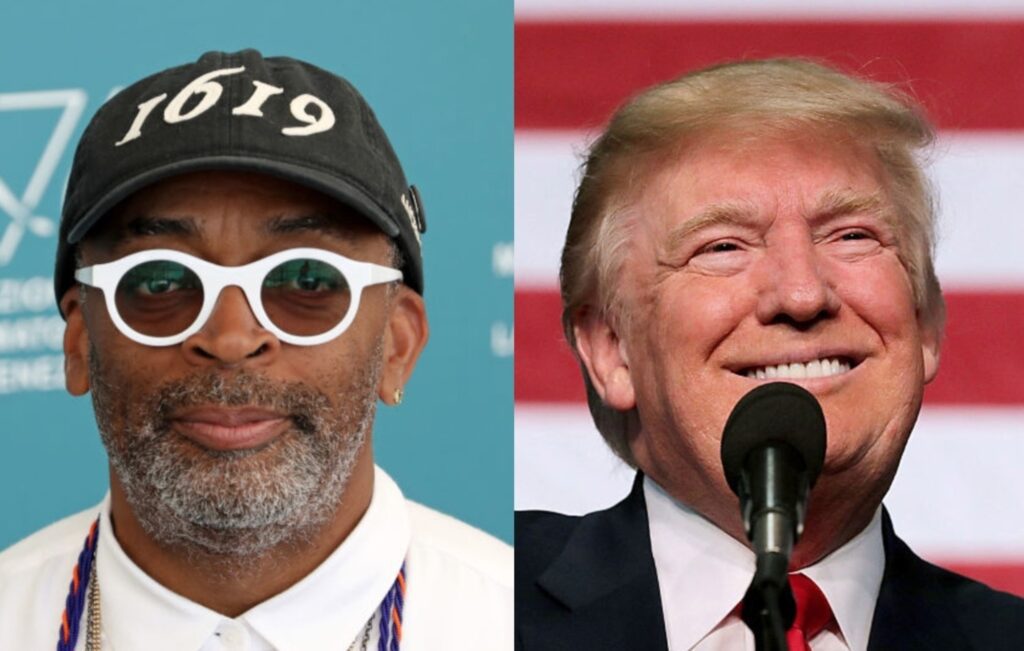 Spike Lee has said that he thinks Donald Trump will “go down in history as the worst president of the United States of America.”

Speaking in a new interview, the filmmaker admitted that he’s not certain the US president will be voted out in November, despite criticism of his handling of the coronavirus pandemic and anti-racism protests.

“Look, I’m not certain about anything,” Lee told GQ Hype. “How do we know he’s not going to try to rig the thing again?”

“If this guy wins,” he continued, “the world is in peril. Not just the United States Of America. The world.”

Going on to talk about one of the characters in Lee’s upcoming new movie, ‘Da 5 Bloods’, who refers to Donald Trump as “that Klansman in the Oval office,” Lee was asked if he agrees with that particular description of the president.

“I mean, he has those tendencies,” he answered. “He sided with the Klan in Charlottesville. He’s sympathetic to their cause.”

Lee then added that Trump will “go down in history as the worst president of the United States Of America.”

Elsewhere in the interview, Lee recalled the first time he saw the video of George Floyd, an African-American man, being choked to death by a white police officer in Minnesota last month, which has since sparked worldwide protest.

“I thought automatically ‘Eric Garner’, he said, recalling the 2014 death of the 43-year-old at the hands of a white police officer during an arrest in New York. “I mean, it was obvious to me that our brother has seen footage of Eric Garner. He said, ‘I can’t breathe.’ He’s saying, ‘You’re killing me.’ So, in a millisecond, sir, I made the connection: that another black man was being strangled.

He added: “You know, these are snuff films! And I’m not saying that in a derogatory way, because black and brown people are getting killed left and right without cameras, so if there’s no camera… But even with the camera there’s no guarantee cops are gonna go away. So if there’s no footage then you know they’re gonna walk.”

Last week, Lee spoke out against Donald Trump‘s reaction to the protests taking place across the US.

The US President, who threatened to deploy the military in response to the looting and rioting following the death of George Floyd, was described by the director as “a gangster,” who added “he’s trying to be a dictator” in an interview with the BBC.