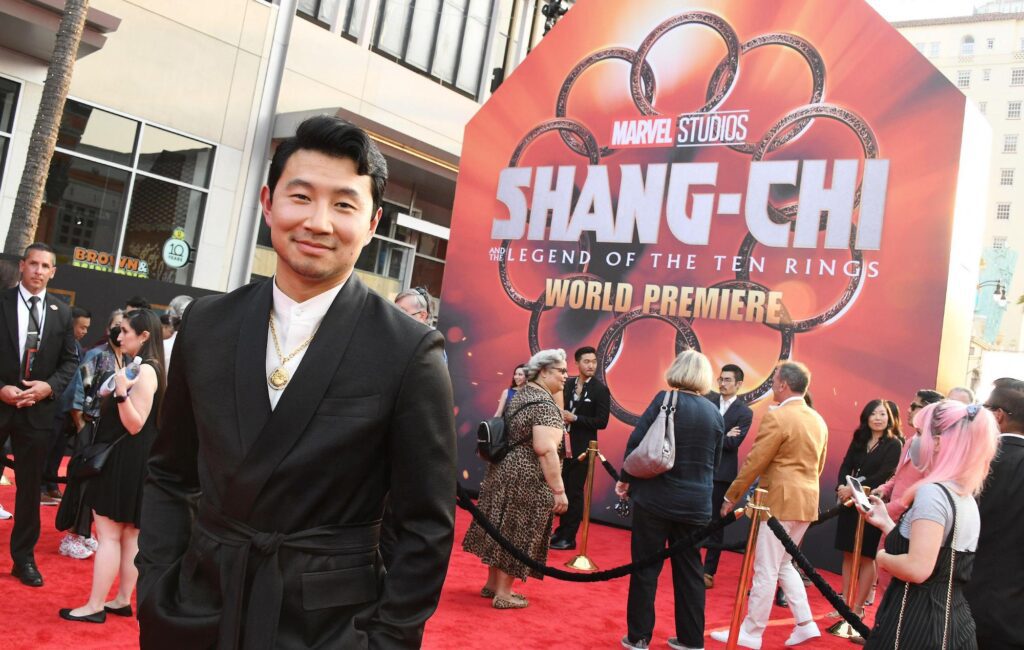 Simu Liu has spoken out about the impact of Shang-Chi And The Legend Of Ten Rings and its unprecedented representation of Asian talent in a comic book blockbuster.

The new Marvel movie opened in cinemas on Friday (September 3) and is the first from the studio to centre around an Asian lead.

Posting on Instagram on Friday, Liu shared an illustrated image of a still from the film and two young Asian children looking up at it. “The sun rose today to a world where Asian superheroes exist as the leads of their story; that is the gift that @destindaniel and @marvelstudios have bestowed upon all of us, across all communities, everywhere,” he wrote in the caption.

“A celebration and a sharing of culture, of language, of laughter, of excitement, of sorrow and of heartbreak.”

After paying tribute to director Destin Daniel Cretton and his co-stars, the actor added: “I’ve said before that this film will change the world. A smile where there wasn’t one before. Pride where there was shame. Compassion where there was ignorance. If we reach out and touch even one person, then aren’t all of our lives better for it?”

Liu also went on to thank Disney and crediting artist Jarvis Kim for the artwork in the image, before concluding his post by saying: “Today, finally, we make history.” Read the Shang-Chi star’s post in full above.

Speaking to NME last week, Liu commented on whether he would be reprising his role as the titular character in future Marvel movies. “I think every contract is different, I’m not sure what mine is compared to anybody else,” he said.

“So if you want to ask me personally as Simu, an MCU fan, if I want to see many many more, I would say ‘Absolutely yes’. But obviously, that decision isn’t up to me and I can’t stipulate about that but I’m enthusiastic as the MCU fan that I am.”

In a four-star review of Shang-Chi And The Legend Of The Ten Rings, NME said: “Like so many MCU movies, Shang-Chi slightly overbakes its action-packed climax, but Cretton peppers the overwhelming visual effects with some sneaky sprinkles of levity. It all adds up to a smart and satisfying superhero romp that suggests Marvel is nowhere near ready to relinquish its hold on the genre.”