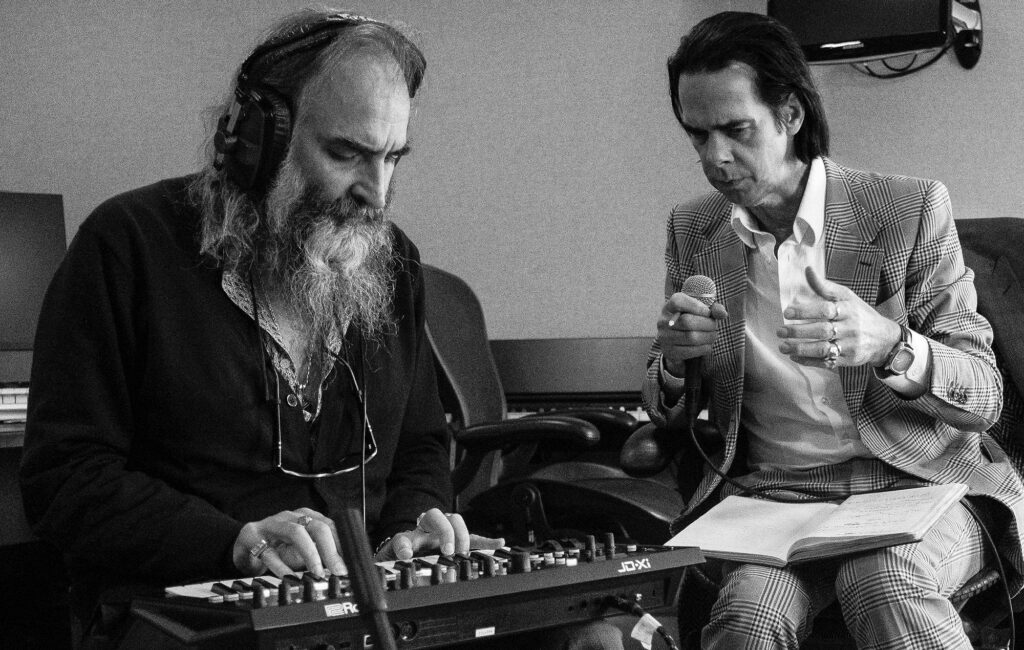 Nick Cave and Warren Ellis have announced details of a new feature film titled This Much I Know To Be True.

Billed as a companion piece to the 2016 music documentary One More Time With Feeling, the new film will see Cave and Ellis working once again with director Andrew Dominik.

This Much I Know To Be True will explore Cave and Ellis’ creative relationship and songs from their last two studio albums, 2019’s ‘Ghosteen’ (by Nick Cave and The Bad Seeds) and last year’s ‘Carnage’ (Nick Cave & Warren Ellis).

As Deadline reports, the new film was shot on location in London and Brighton last year, and will “document the duo’s first performances of the albums and feature a special appearance by close friend and long-term collaborator, Marianne Faithfull“.

“Interstitial pieces between the songs,” meanwhile, “will ‘illuminate the cosmology and themes of the music’” that is heard, while Cave will delve into the process behind his fan Q&A website The Red Hand Files.

The film will also visit the workshop where Cave is “creating a series of sculptures depicting the life of the Devil”.

This Much I Know To Be True is set to be released later this year, with more details set to fellow.

Cave and Ellis are providing the score for Dominik’s forthcoming Marilyn Monroe biopic Blonde. The trio previously worked together on the 2007 film The Assassination Of Jesse James By The Coward Robert Ford.