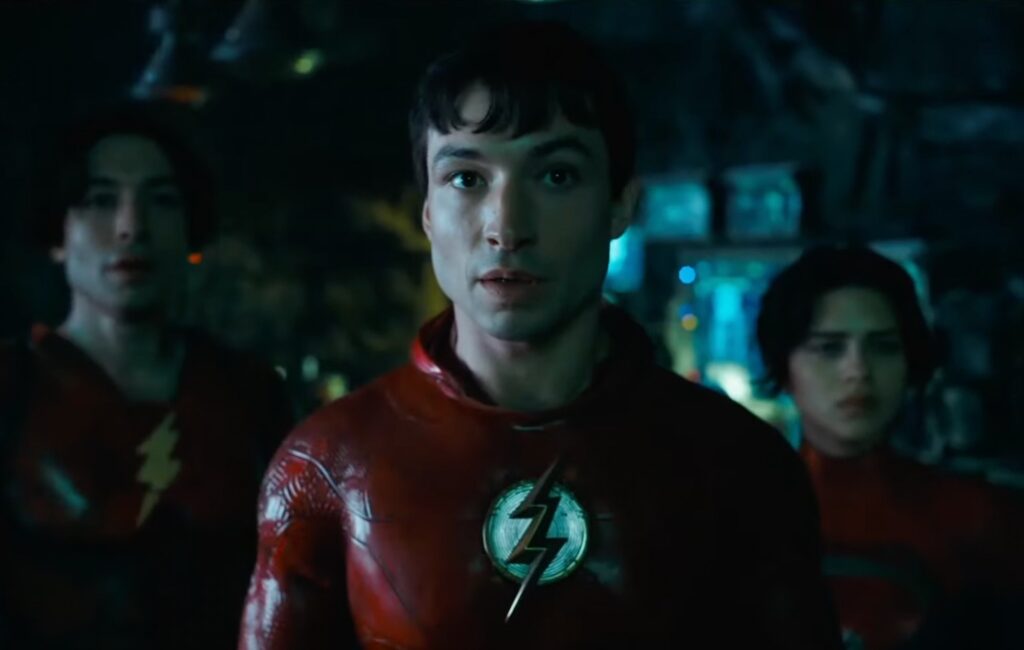 A ‘first look’ teaser for The Flash was debuted at this year’s virtual DC FanDome event, showing off a handful of reveals set to expand the multiversal narrative of the DC Extended Universe.

Adapting the fan-favourite Flashpoint storyline from 2011, the forthcoming Flash movie sports Ezra Miller in the titular role (aka Barry Taylor), reprising the character from earlier appearances in Batman V Superman: Dawn of Justice, Suicide Squad and Justice League, and starring alongside… Himself.

The first teaser for The Flash reveals that Miller will be playing two versions of the Flash, presumably from different universes. The film will also feature at least two Batmen, with Ben Affleck reprising his role from the three aforementioned DCEU films, and Michael Keaton returning to his own take on the masked vigilante for the first time in 25 years.

Take a look at the first teaser for The Flash below:

Keaton first appeared as Batman in Tim Burton’s 1989 adaptation (simply titled Batman), returning to the role in 1992 for Batman Returns. He was officially confirmed for The Flash back in April, and later said that he had to read over the film’s script three times to understand it.

The Flash has been in various stages of production since the late 1980s, with the project first gaining significant steam around 2004. Miller’s headlining take on the character was eventually set to land in cinemas in March of 2018, but thanks to several delays – including some owing to the ongoing COVID-19 pandemic – it’s now slated for release on November 4, 2022.

Amongst a laundry list of other reveals made at this year’s DC FanDome were the first teasers for Black Adam and Robert Pattinson’s own Batman film, as well as a first look at Peacemaker, the forthcoming HBO Max spin-off for The Suicide Squad.