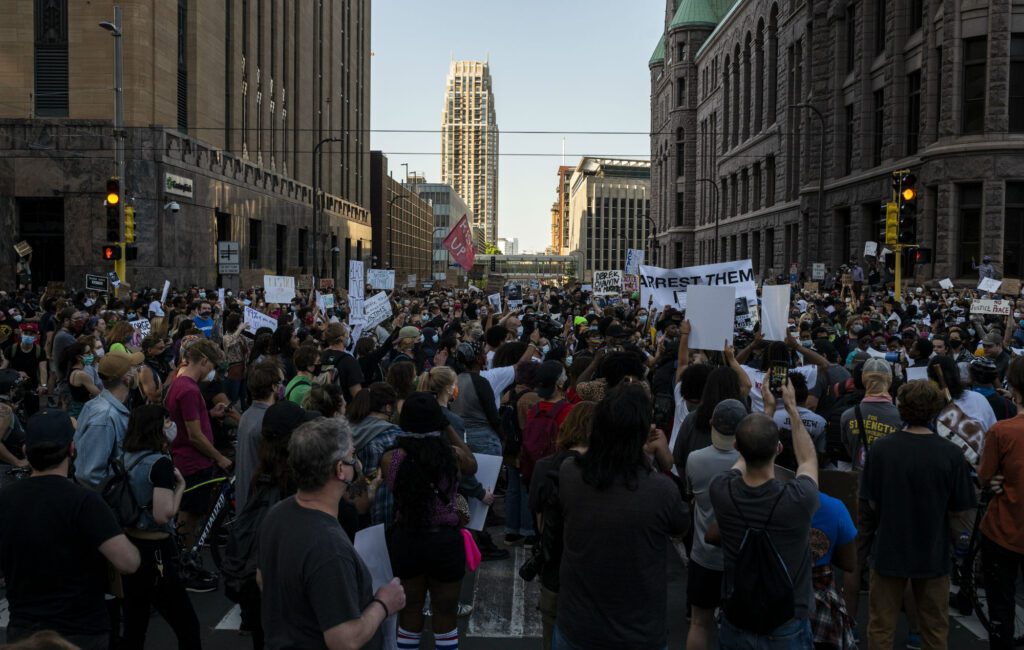 Members of the music and film community around the world are supporting a new fund to assist protestors following the death of George Floyd.

Since the incident, the four officers involved have lost their jobs but, at present, none are facing criminal charges. The incident has since led to hundreds protesting on the streets in Minnesota.

A new fund set up to help those protesting has gone viral after it was shared by artists from across the music and film industries.

The Minnesota Freedom Fund helps arrested protestors access bail money as the protests continue. Those donating can “match” an amount given by another person.

You can see just some of the support the campaign has received from the likes of Janelle Monáe, Noname, Thundercat and Halsey in the tweets below.

The Minnesota Freedom Fund: @mnfreedomfund https://t.co/GPRgTliiYd pays jail bonds for those who cannot afford to fight discriminatory and coercive jailing

Reports of the incident said officers responded to a call from a grocery store who claimed Floyd had used a forged check. The police later alleged Floyd “physically resisted officers” while he “appeared to be under the influence”.

However, footage of the incident shows Floyd on the floor shouting “I cannot breathe” and “don’t kill me” to an officer who was kneeling on his neck. Witnesses in the background could be heard shouting “bro, he’s not even fucking moving” while another asked the officer in question: “You’re going to just sit there with your knee on his neck?”

In a press conference held on Tuesday (May 26), the Minneapolis police department said Floyd later “died a short time” after a “medical incident.” They added: “[The officers] were able to get the suspect into handcuffs and realised that the suspect was suffering a medical distress [before] calling an ambulance.”

The mayor of Minnesota apologised to Floyd’s family yesterday morning, saying “[Floyd] should not have died” and that the incident was “wrong on every level.” He continued: “For five minutes we watched as a white officer pressed his knee to the neck of a black man,” Frey said. “For five minutes. This officer failed in the most basic human sense.”

Benjamin Crump, the attorney speaking on behalf of Floyd’s family, released a statement saying that they are seeking justice and want answers following the incident. “This abusive, excessive and inhumane use of force cost the life of a man who was being detained by the police for questioning about a non-violent charge,” Crump said.

He continued: “How many ‘white black’ deaths will it take until the racial profiling and undervaluing of black lives by police finally ends?” The F.B.I are currently investigating the incident.

The incident prompted outrage on social media with many artists calling for the officers in question to be charged. Ice Cube, Janelle Monáe, Garbage, Sleaford Mods, Shame and Glass Animals were amongst the many voices speaking out.