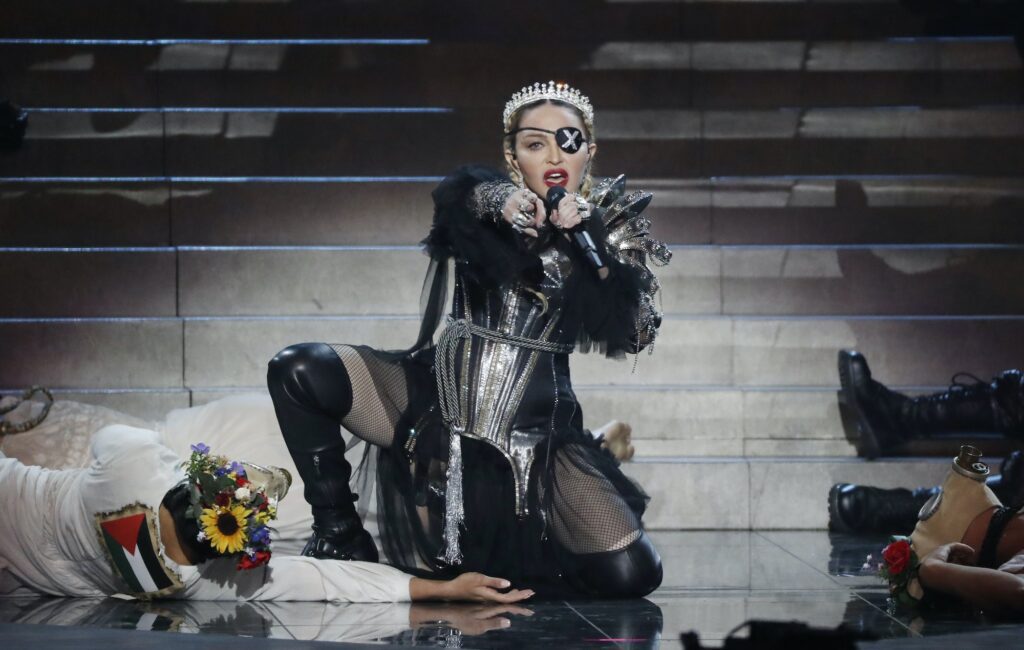 Madonna has shared a behind-the-scenes look at the writing process for the upcoming biopic she is currently working on.

The pop star is collaborating with Juno screenwriter Diablo Cody on a film about her life and career.

In an hour-long Instagram Live last night (September 10), Madonna and Cody discussed where they were at with the film so far. The musician described it as being about her “struggle as an artist trying to survive in a man’s world,” covering a journey she called “happy, sad, mad, crazy, good, bad and ugly”.

Speaking about some of the moments that will be included in the movie, Madonna cited her time “coming up as an artist in Manhattan in the early ‘80s” around artists including Andy Warhol and Jean-Michel Basquiat. “I hope I can portray or express what a thrilling time that was for me in every time,” she said.

She also shared her feelings on recording the soundtrack for Evita in London with Cody, saying she had “a few nervous breakdowns worried that I was going to be fired every day”.

During the stream, the pair showed themselves working on dialogue, as well as answering questions from fans. They concluded the broadcast by toasting “viewers, fans, foes” and said they would “meet again” when the script had progressed more. Watch the stream above now.

Last month, fans began speculating that Madonna had lined up her choice of actor to play her in the movie when she began following Julia Garner on Instagram. Garner is known for her roles in Ozark, The Americans, The Assistant and Maniac.

The pop star first confirmed she was working with Cody in August, when she shared a video on Instagram captioned: “When you’re stuck in a house with multiple injuries what do you do? Write a screenplay with Diablo Cody about…?”