Leonardo DiCaprio responds to his father's cameo in ‘Licorice Pizza’ 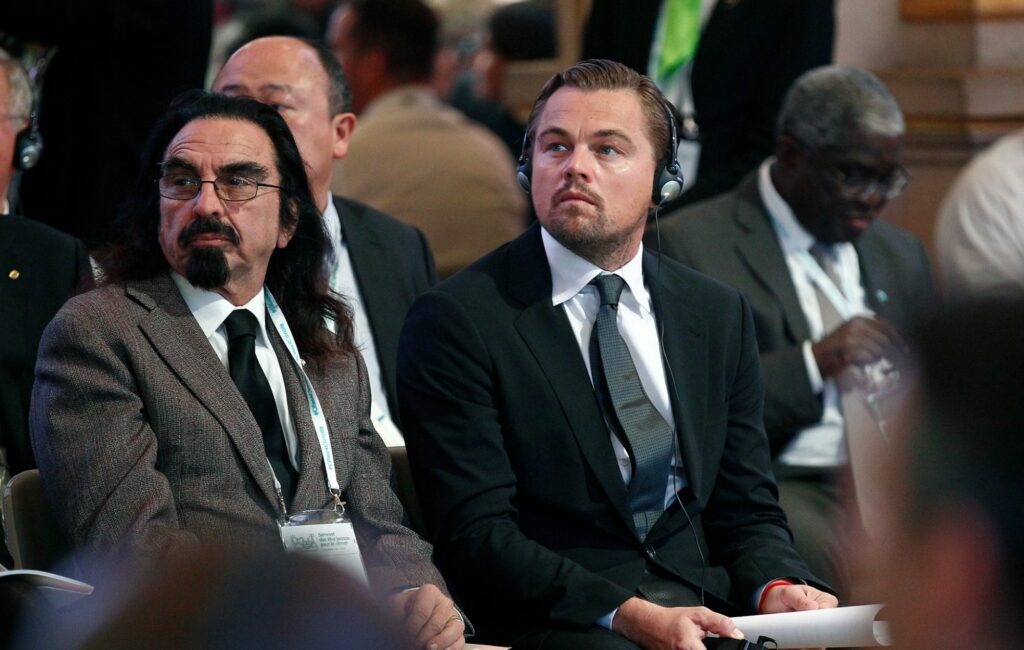 Last week, New York Times reporter Kyle Buchanan revealed some outtakes from his interview with the director where Anderson discussed how he cast George for the role of a man who “owned a wig shop that sold water beds”.

Speaking to Entertainment Tonight about his father’s cameo, Leonardo said: “I haven’t seen it yet but my dad George DiCaprio has a cameo in a Paul Thomas Anderson movie! Today was a good day.”

The role is a perfect fit for the actor’s father too. “He sold waterbeds in real life,” Leonardo added.

The actor discussed his father’s cameo at the New York premiere for his new film Don’t Look Up in which he plays an astronomer alongside Jennifer Lawrence.

Speaking about how George’s casting came about, Anderson said: “I created a picture of a guy who owned a wig shop that sold these water beds, and I couldn’t put my finger on it. I kept saying, ‘Who do I know that looks like this?’ And like a bolt of lightning, I remember, like, ‘Leo’s dad looks exactly like this’.

“So I tracked him down, asked him if he’d ever be interested in being in a film. He said, ‘Sure’. I explained the scenario to him. He said, ‘Sounds great. Did Leo tell you that I owned a water bed company?’ It was called Foggy Bottom.”

In NME’s four-star review, Licorice Pizza is described as a “mouthwatering indie” that makes “fully-fledged stars out of both Haim and her dazzling co-star”.

Licorice Pizza is set to be released in UK cinemas on January 7. It’s available in select cinemas in the US now before a wider release from December 25.