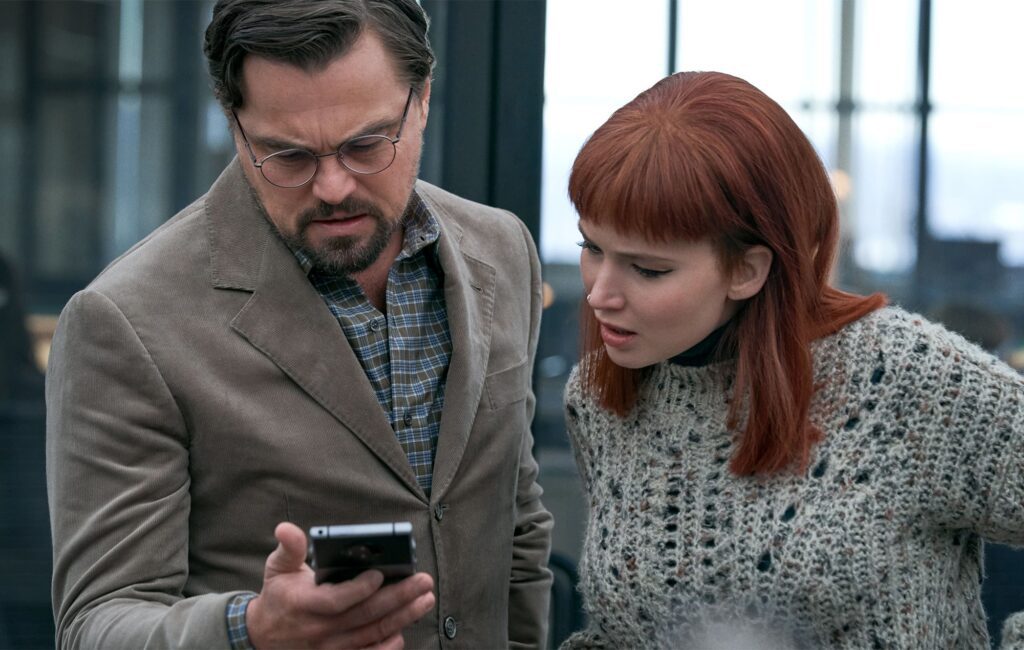 Discussing the scene, the film’s director Adam McKay claimed that DiCaprio “had a problem” because he “views Meryl as film royalty”.

“She is fearless,” McKay told The Guardian of Streep. “And yes, that is a body double. But you know who had a problem with it? Leo [DiCaprio]. Leo just views Meryl as film royalty… although maybe royalty is not a compliment…but as such a special figure in the history of film.”

He added: “He didn’t like seeing her with the lower back tattoo, walking for a second naked. He said something to me like: ‘Do you really need to show that?’

In a four-star review of Don’t Look Up, NME wrote: “McKay’s political satire isn’t always subtle – one scene shows Streep’s leader whipping up a rally in a MAGA-style baseball cap – but it does feel horribly convincing.

“Though Don’t Look Up loses some momentum towards the end of its 138-minute runtime, it still succeeds as both a raucous comedy and a grim cautionary tale. By the end, McKay has definitely driven home his message that Earth is ours for the saving.”