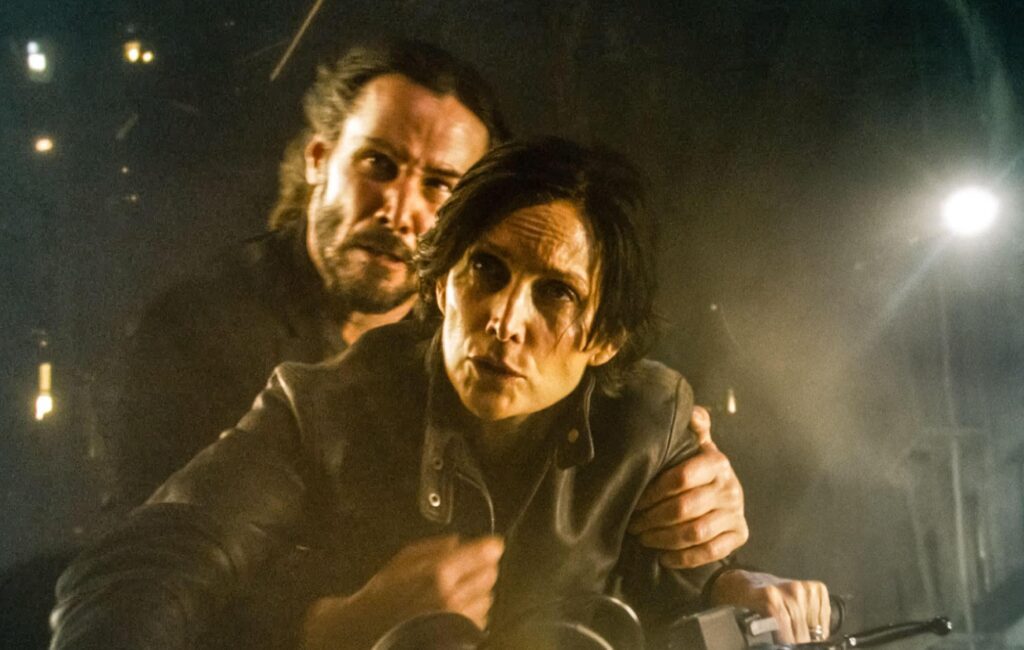 Keanu Reeves and Carrie-Anne Moss have teased what to expect from Neo and Trinity’s relationship in The Matrix Resurrections.

Directed by Lana Wachowski, who helmed every previous film in the franchise alongside sister Lilly, The Matrix Resurrections picks up 20 years after events in 2003’s The Matrix Revolutions.

Asked by NME about what makes the bond between Neo and Trinity so strong, Moss teased where their relationship heads in the sequel. “What I always loved about Trinity from the way Lana and Lilly created her was I never felt like she was ever exploited,” Moss said.

“She was never sexualised. She was this equal partner and their love was a love that went beyond romantic. I think we go even deeper with that in this installment.

“I always thought that was really special and I appreciated it as a young woman at the time playing her, to get to play this really kickass woman that’s strong and in the black PVC, but it never felt, to me, exploited or sexualised. I just never felt that.

“I just felt she was this powerful human and that’s a real nod to Lana and Lilly, for sure.”

Speaking about what he brought to the Neo role all these years later, Reeves said: “I guess life experience and all of [what] that entails, the highs and the lows and all of the in-betweens.

“For me, I felt like the character and the journey of it is kind of an examination of the past; how do I feel about it and where am I now. What does it mean? What’s important? So there was a lot of, not nostalgia, but a reflection and a yearning to understand.”

Resurrections is the fourth film in the series following the 1999 original and its two sequels, The Matrix Reloaded and The Matrix Revolutions, which were both released six months apart in 2003.