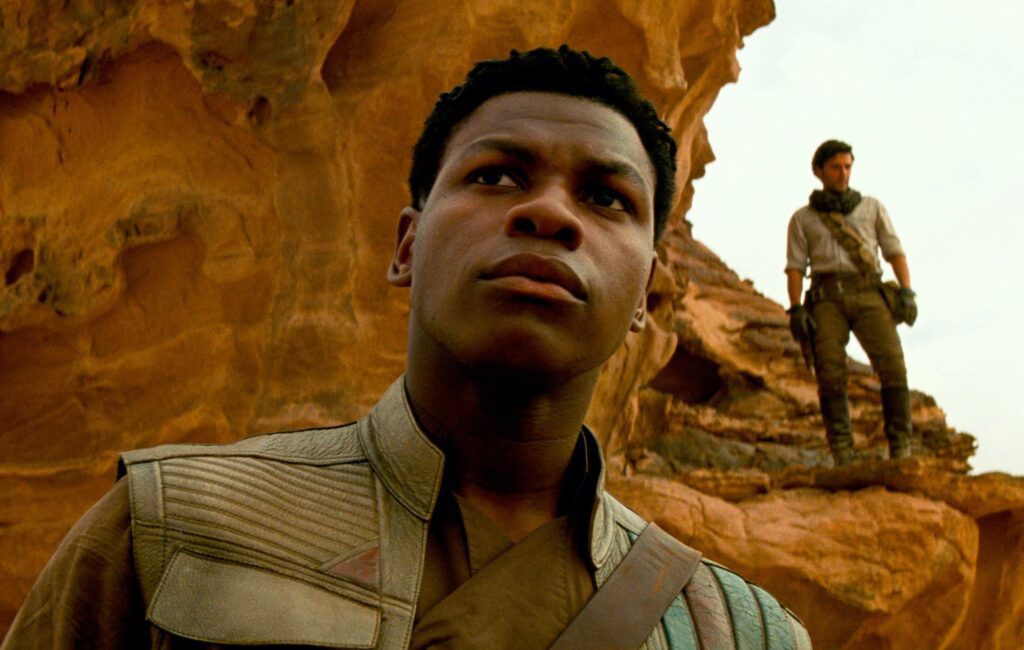 Following comments the actor made earlier this year in regards to the marginalisation of non-white characters across the sequel trilogy, the pair discussed a way forward.

Boyega had said in September that he felt non-white characters had been “pushed to the side” in The Last Jedi and the Force Awakens, placing focus on Daisy Ridley and Adam Driver whose characters were given “all the nuance”.

Giving an update to the BBC today, per Deadline, the actor said: “So I got on a phone call with Kathleen Kennedy [Lucasfilm President] and she verbally showed support and we got to have a really nice, transparent, honest conversation that is beneficial to both of us.”

He continued: “I think these kinds of conversations, you can go into the realm of sounding like you’re just trying to save your own career, but what is great now is that it is a conversation that anyone has access to.

“Now people can express themselves about this knowing that any character we love, especially in these big franchises like the Marvels and Star Wars, we love them because of the moments that they are given, we love them because of those moments, and they’re heroic moments that these producers all decide for these characters so we need to see that in our characters that are maybe black and from other cultures.”

John Boyega will next be starring in Steve McQueen’s Small Axe film Red, White and Blue, airing this Sunday (November 24) on BBC One.