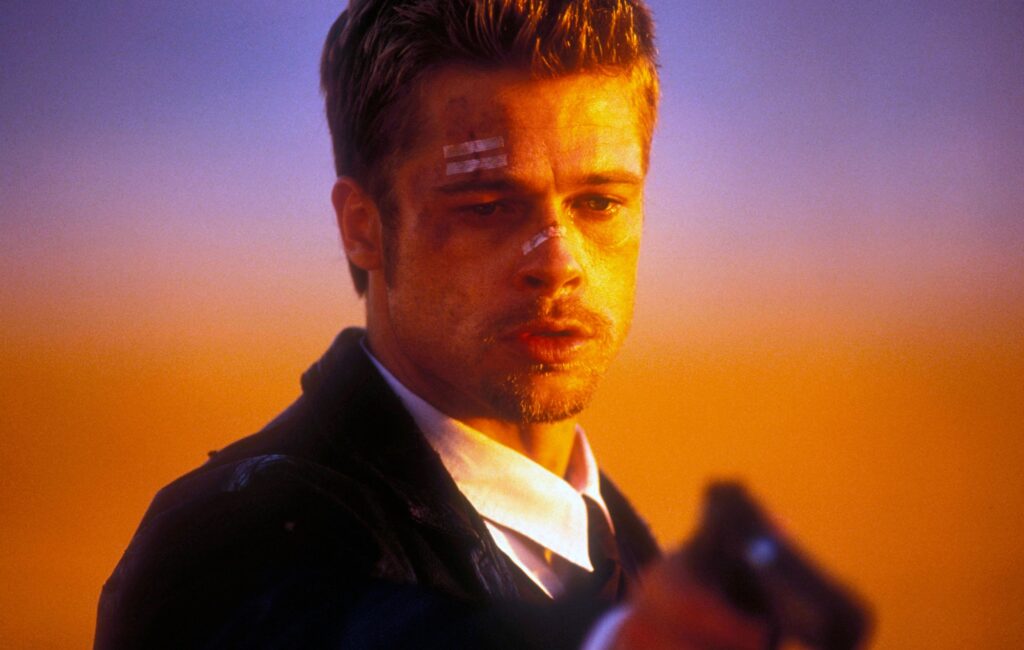 In a profile of the filmmaker published in the New York Times, Pitt, who is a close friend of Fincher, opened up about the experience of watching a film with the director.

Pitt has starred in three of Fincher’s films so far – Seven, Fight Club and The Curious Case of Benjamin Button. “He’s one of the funniest [expletive] I’ve ever met,” the actor told The Times.

Discussing their movie nights, he added: “He’ll be muttering the whole time: ‘That shot works. That’s a bad handoff. Why would you go to the insert of the glove there? Stabilize!’ It’s like watching a football game with Bill Belichick.”

Director Steven Soderbergh also shared his thoughts with the publication, recalling being invited to Fincher’s editing studio while he was working on 2002 thriller Panic Room.

“David had a laser pointer out, and he was circling this one section of a wall in the upper part of the frame, saying, ‘That’s a quarter of a stop too bright,’” Soderbergh said. “I had to leave the room. I had to go outside and take some deep breaths, because I thought, Oh, my God — to see like that? All the time? Everywhere? I wouldn’t be able to do it.”

David Fincher’s most recent film, Mank, will be released on Netflix next month. In a five-star review, NME said: “It’s about power and regret, alcoholism and wasted talent, movies and love. It’s also one of the best films of 2020.”