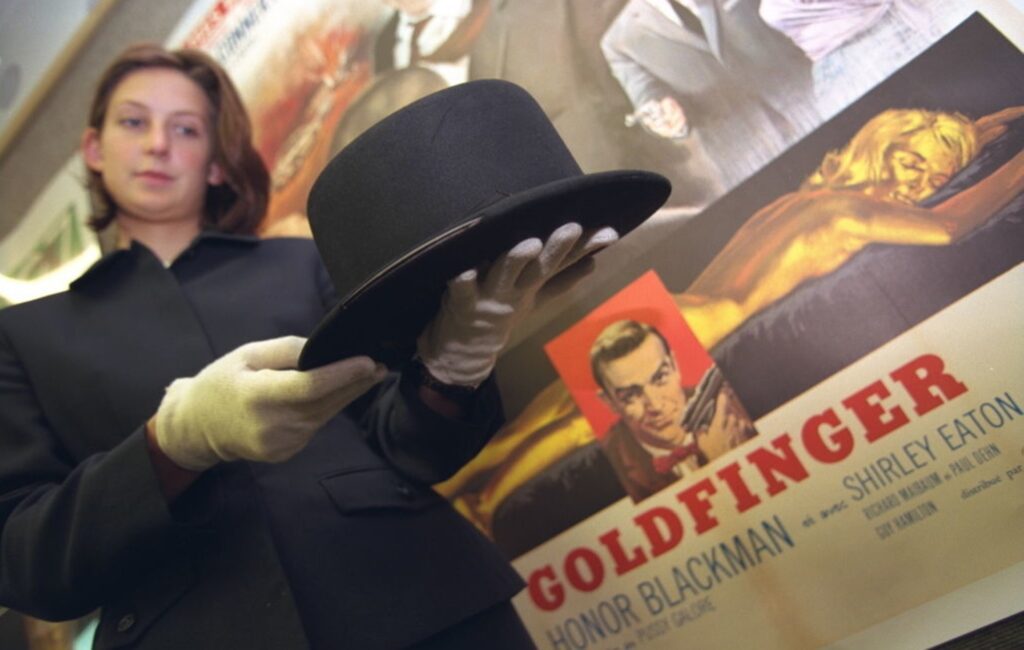 A bowler hat from the James Bond movie Goldfinger has been valued at £30,000 on the Antiques Roadshow.

The battered steel-rimmed hat and weapon belonged to hitman Oddjob (played by Harold Sakata) in the 1964 movie, which starred Sean Connery as 007.

The hat’s owner, who was a big Bond fan growing up, said his brother-in-law, who was a driver for Aston Martin during the filming of Goldfinger, asked Pinewood Studios if they had any memorabilia. The studio gave him Oddjob’s bowler hat but removed the metal rim.

“As a young lad, everybody wanted to throw the Oddjob hat, and if you look at it, everybody did throw the hat because it’s absolutely in pieces,” the owner said.

He added: “It didn’t have the steel in it anymore so therefore whenever it landed it damaged it.”

The item was part of a collection of 007 memorabilia brought to Antiques Roadshow when it filmed at the National Botanic Garden of Wales last summer.

Meanwhile, Halle Berry has shared a frightening behind-the-scenes story from the James Bond movie Die Another Day where she cheated death thanks to co-star Pierce Brosnan.

Berry retold the incident while on Jimmy Fallon’s virtual chat show describing how she almost choked on a fig that she had been told to use to seduce Brosnan’s Bond character.