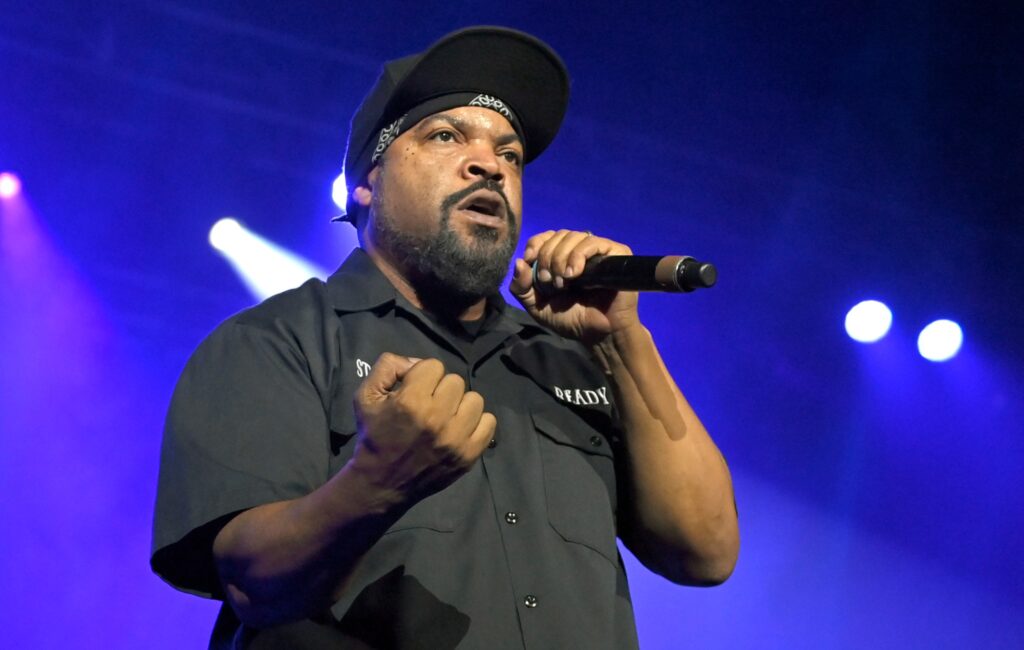 Ice Cube has reportedly exited comedy Oh Hell No after refusing to get vaccinated at the request of producers.

According to The Hollywood Reporter, Cube left behind a $9million payday by departing the film. Producers on Oh Hell No had requested that cast members would need to be vaccinated for the project.

Cube partnered with Jack Black, who also serves as a producer, on the film in June, with filming scheduled to take place in winter in Hawaii with director Kitao Sakurai (Bad Trip).

Following Cube’s exit, it’s claimed production has been pushed back until the studio finds a replacement. Black, despite injuring himself in June while filming on the Conan show, is still attached to the project.

NME has reached out to Sony Pictures for comment. According to THR’s report, a personal representative for Cube declined to comment.

The synopsis for Oh Hell No says the story “follows Sherman (Black), who falls in love with Will’s (Cube) mom, who has only one thing to say about that: ‘Oh hell no.’”

The rapper and actor has been an advocate for face masks throughout the coronavirus pandemic; donating 2,000 face masks to the Bacone College in Oklahoma in August. He also promoted ‘Check Yo Self Before You Wreck Yo Self’ t-shirts amid the COVID-19 lockdowns in April 2020 which featured him in a mask, with proceeds given to frontline health care workers.

It’s believed this is the second project Cube has departed in recent months, after he reportedly dropped out from boxing movie Flint Strong – although the circumstances around that exit are unclear. Filming wrapped on the project one day before the first COVID-19 shutdown in March, 2020 though, so it’s likely not related to the virus. A search for a new co-lead is said to be underway.

Cube’s transition from rapper to actor has included credits in Boyz N The Hood, Friday, its two sequels Next Friday and Friday After Next, 21 Jump Street, sequel 22 Jump Street, and Ride Along. He was also an executive producer on N.W.A. biopic Straight Outta Compton.