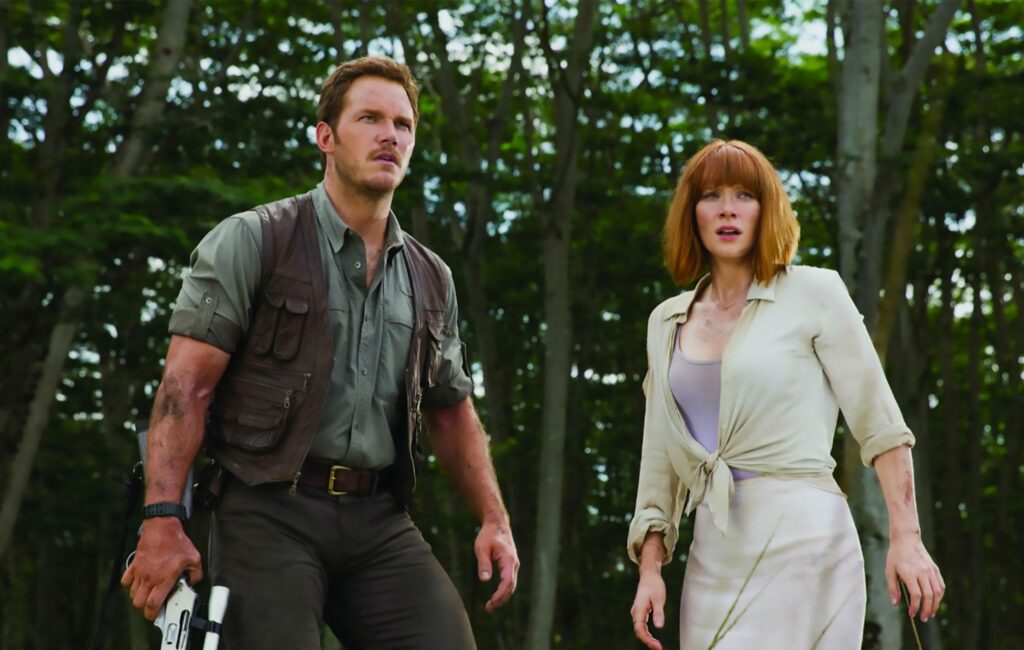 Jurassic World: Dominion is due out in June 2021, and began production in February before being shut down due to coronavirus concerns.

Speaking to Collider via video call Howard spoke of how the film’s director Colin Trevorrow gave Howard and her husband Seth Gabel the script to read together.

“The script was awesome, it was so exhilarating reading it,” she said. “My husband got to read it too. Colin was like, ‘Yeah, you and Seth can read it,’ and we were like, just the whole time, kinda flipping out.”

The third film in the franchise was confirmed last year and will see the return of Howard alongside co-stars Chris Pratt and Daniella Pineda, with a handful of stars from the original saga, including Sam Neill, Laura Dern and Jeff Goldblum, also on board.

“They spare no expense and they’re bringing everybody back,” Pratt said of the upcoming film, teasing that it will be “the biggest and best yet” in the franchise.

Reviewing the second Jurassic World film, 2018’s Fallen Kingdom, NME wrote: “The series all about evolution has devolved into something that’s significantly less smart and more savage than it once was.

“Fallen Kingdom is the chimp flinging its own poo compared to Jurassic Park’s advanced genius, but that crap-handed chimp is still entertaining, in its idiotic way. The end promises even dafter things to come. Call me a fool, but I’m all in.”