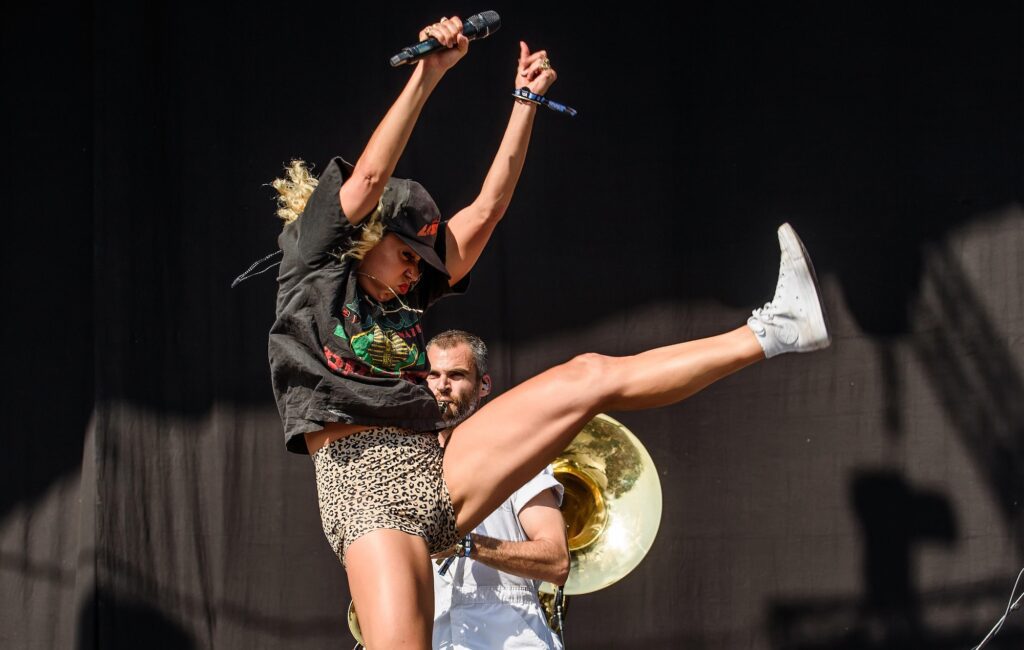 Brass Against have put their signature, horn-driven spin on Rage Against The Machine’s 1992 classic ‘Wake Up’, which appears in the end credits of The Matrix Resurrections.

The film was released yesterday (December 22) in US and UK cinemas, landing as the long-awaited fourth instalment in the Matrix franchise. Brass Against’s ‘Wake Up’ cover was chosen as its capstone track as a way to pay homage to the series’ first film – The Matrix, released in 1999 – which ended with the original song.

It brings a fitting end to the sequel, as the storyline driving The Matrix Resurrections sees Keanu Reeves’ Neo, Carrie-Anne Moss’ Trinity, and a whole new cast of returning and original characters – including a “completely different” take on Morpheus played by Yahya Abdul-Mateen II – putting a modern twist on the story beats of the first Matrix.

Check out the cover below, then compare it to Rage Against The Machine’s original mix:

The official soundtrack for The Matrix Resurrections was released last week. Although fans won’t see Brass Against’s ‘Wake Up’ cover on it, the collection does feature 24 original tracks crafted by composers Johnny Klimek and Tom Tykwer, as well as remixes by the likes of Esther Silex & Kotelett, Thomas Fehlmann, Moderna and Psychic Health.

It comes after the announcement that the scores for the original Matrix trilogy – rounded out by The Matrix Reloaded (2003) and The Matrix Revolutions (2003) – will be remastered on vinyl in 2022.

In a recent interview with NME, Moss discussed her relationship with the Trinity character, and why she felt inclined to return to it for The Matrix Resurrections. “I never felt like she was ever exploited,” she said. “She was never sexualised. She was this equal partner and their love was a love that went beyond romantic. I think we go even deeper with that in this instalment.”

Speaking about what he brought to the role of Neo, Reeves said: “I guess life experience and all of [what] that entails, the highs and the lows and all of the in-betweens. For me, I felt like the character and the journey of it is kind of an examination of the past; how do I feel about it and where am I now. What does it mean? What’s important? So there was a lot of, not nostalgia, but a reflection and a yearning to understand.”

In a separate interview, Reeves described a particularly daunting stunt he shot for the film, wherein he had to leap from a 46-storey building 19 times. “My heart rate was a little raised,” he said of the experience, “but after the first time, you can’t think of the fear. You have to block that, or not block it, but deal with it, absorb it, and just be there, and do.”

Elsewhere, Brass Against recently spurred controversy when frontwoman Sophia Urista urinated on a punter’s face during the band’s performance at Welcome To Rockville. After a police report was filed, citing a violation of indecent exposure laws, Urista issued a formal apology.