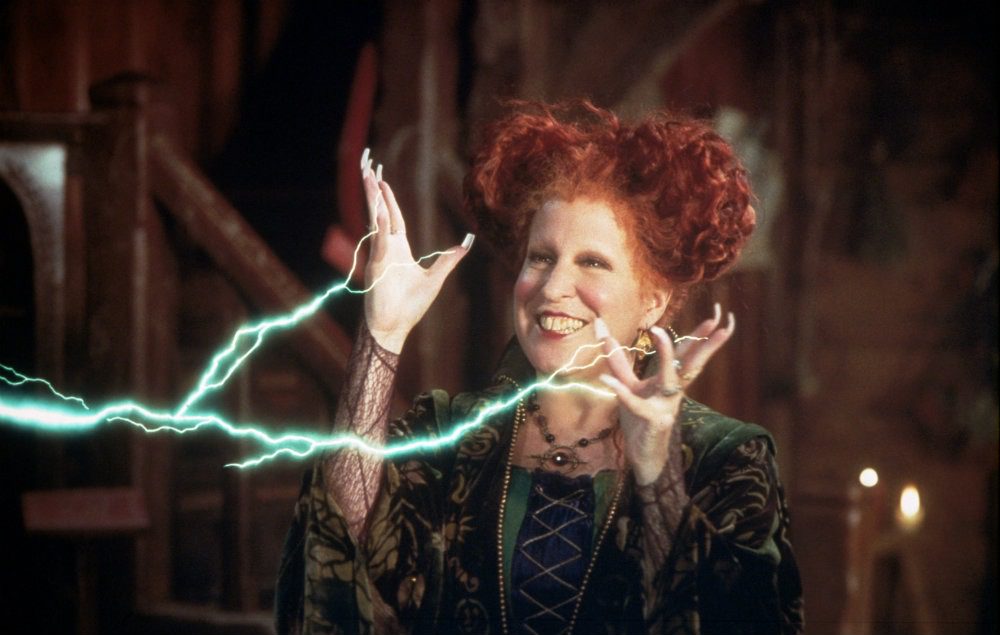 Bette Midler has confirmed that the original cast of Hocus Pocus will reunite in the upcoming sequel planned by Disney.

The news comes after it was reported last year that a follow-up to the 1993 cult film was in the works for the studio’s streaming service, Disney+. Soon after, Sarah Jessica-Parker, who starred in the movie alongside Midler and Kathy Najimy, said they all had agreed to star in the proposed sequel.

Speculation that Disney would revisit the Halloween viewing staple has floated around for years. In 2012, it was rumoured that the company was developing a movie titled Hocus Pocus 2: Rise of the Elderwitch for release in 2014.

Then in 2017, it was reported that Disney was remaking Hocus Pocus as a television movie with original producer David Kirschner – but without the original cast, to fans’ displeasure.

Midler, who played witch Winnie Sanderson in the film, has now revealed that she will be reprising her role, as will Parker and Najimy as her sisters Sarah and Mary Sanderson respectively.

“They want to make a movie, they’ve asked us if we were interested and of course all of us said yes,” she told Fox 5 New York. “I’m game, I’m totally game.”

The trio are set to reunite at a virtual, one-night-only documentary-style event called In Search Of The Sanderson Sisters. They will don their witch outfits for the special Halloween fundraiser which takes place on Friday (October 30).

Midler said of the cast’s reunion: “It was so bizarre to have been these characters 27 years ago.

“And to put all that gear on…it was so bizarre because we fell into exactly the same relationship we had and the same style of behaving on screen that we had 27 years ago. As if we had been off for a weekend!”

In other Disney news, the studio has cast the title role for its upcoming Ms Marvel series.

The project, based on the comic book character of the same name, will be led by newcomer Iman Vellani.