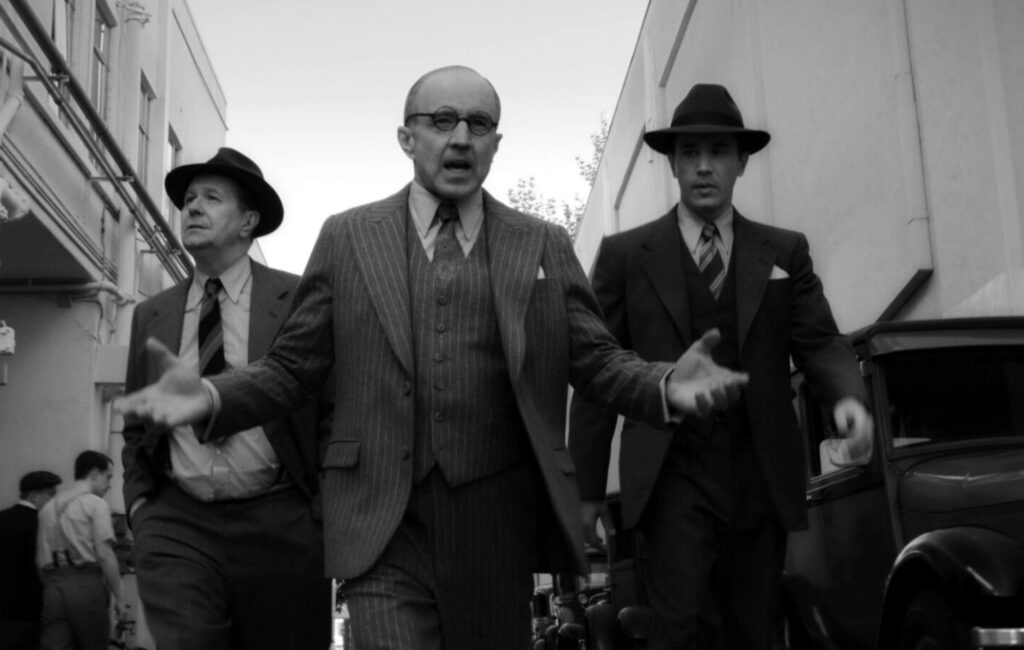 David Fincher has said that he wanted his upcoming movie Mank to feel like it was found in Martin Scorsese’s basement.

The film, which is set in the early days of Hollywood in the 1930s and 1940s, will have a limited cinema run before arriving on Netflix on December 4.

The film will retell the story of Citizen Kane writer Herman J. Mankiewicz as he struggles to finish the screenplay of Orson Welles’ iconic film. A new trailer for the film was released earlier this week (October 21).

In a new interview with New York Magazine Fincher said he wanted the film to have a vintage feel and something that would feel like it was found in the film archives.

He said: “Ren Klyce, who is the sound designer, and I started talking years ago about how we wanted to make this feel like it was found in the UCLA archives — or in Martin Scorsese’s basement on its way to restoration.”

He added: “Our notion was we’re going to shoot super-high resolution and then we’re going to degrade it. So we took most everything and softened it to an absurd extent to try to match the look of the era. We probably lost two-thirds of the resolution in order to make it have the same feel, and then we put in little scratches and digs and cigarette burns.”

Speaking about the sound quality of the film, Fincher said that had also been given a deliberately vintage feel: “Everything has been compressed and made to sound like the 1940s. The music has been recorded with older microphones so it has a sort of sizzle and wheeze around the edges — you get it from strings, but you mostly get it from brass. What you’re hearing is a revival house — an old [theatre] playing a movie.”

“We made the soundtrack pop like it does when you do a reel changeover. It’s one of the most comforting sounds in my life. They’re so little that they’re very difficult to hear until you hear them. It has what we ended up calling patina, these tiny little pops and crackles that happen, and they’re very beautiful.”

He added: “It’s funny because I’ve played it for some people who ask, ‘What is going on with the sound? It’s so warm.’ And I respond, ‘Well, what you mean when you say ‘warm’ is it sounds like an old movie. It sounds analog.’”

In the film, Mankiewicz will be played by Gary Oldman, who most recently won an Oscar for his portrayal of Winston Churchill in Joe Wright’s Darkest Hour. Mank will also star Amanda Seyfried, Lily Collins, Ferdinand Kingsley, Tom Pelphrey and Arliss Howard, with Tom Burke as Orson Welles.

Mank marks the first time director David Fincher has returned to the big screen since Gone Girl, released in 2017. The filmmaker also helmed the Netflix limited series Mindhunter, which has now been put on hold indefinitely.