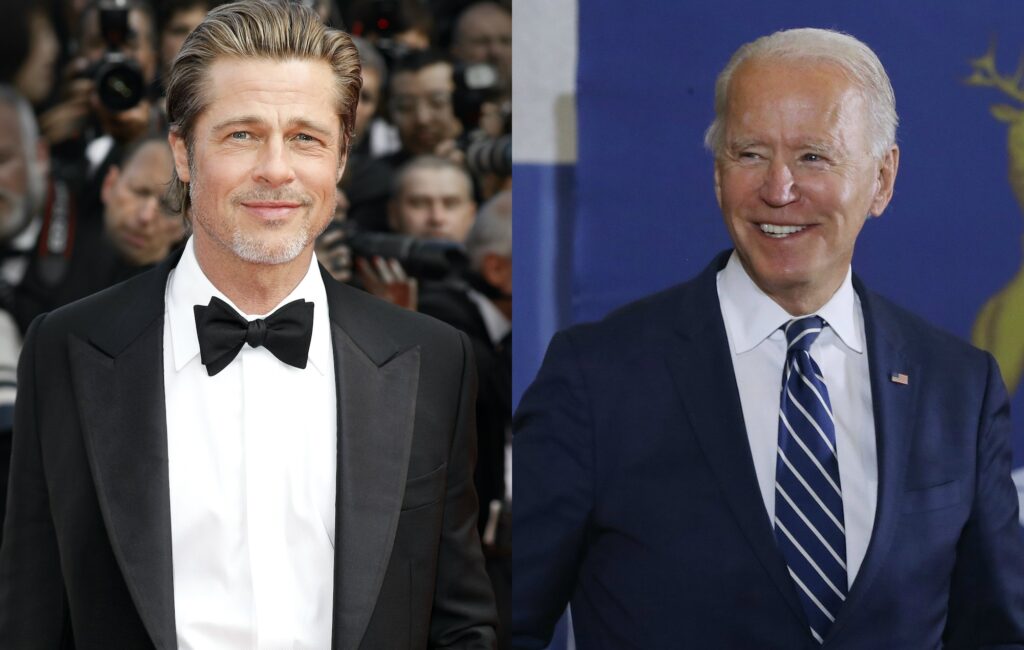 Brad Pitt has endorsed Joe Biden for President of the United States and narrated a campaign advert for the Democratic candidate.

Biden is in the running to take up office in the White House, going against Republican candidate and current President Donald Trump in the election on November 3.

In a new commercial that premiered yesterday (October 24), Pitt said the former Vice President would be a “President for all Americans”.

“America is a place for everyone – those who chose this county, those who fought for it,” Pitt said, while footage of the presidential hopeful meeting different communities around the US played. “Some Republicans, some Democrats and most just somewhere in between, all looking for the same thing – someone who understands their hopes, their dreams, their pain.”

He continued: “To listen, to bring people together, to get up every day and work to make life better for families like yours. To look you in the eye, treat you with respect and tell you the truth.

“To work just as hard for the people who voted for him as those who didn’t. To be a President for all Americans.”

The actor is one of the latest stars to back Biden in the race for President. Many more will show their support at the ‘I Will Vote’ benefit concert later today (October 25), which will be headlined by Foo Fighters.

A$AP Ferg, John Legend, Black Eyed Peas and more will also perform at the virtual benefit, which will see appearances from other stars including Amy Schumer, Armie Hammer and Whoopi Goldberg.