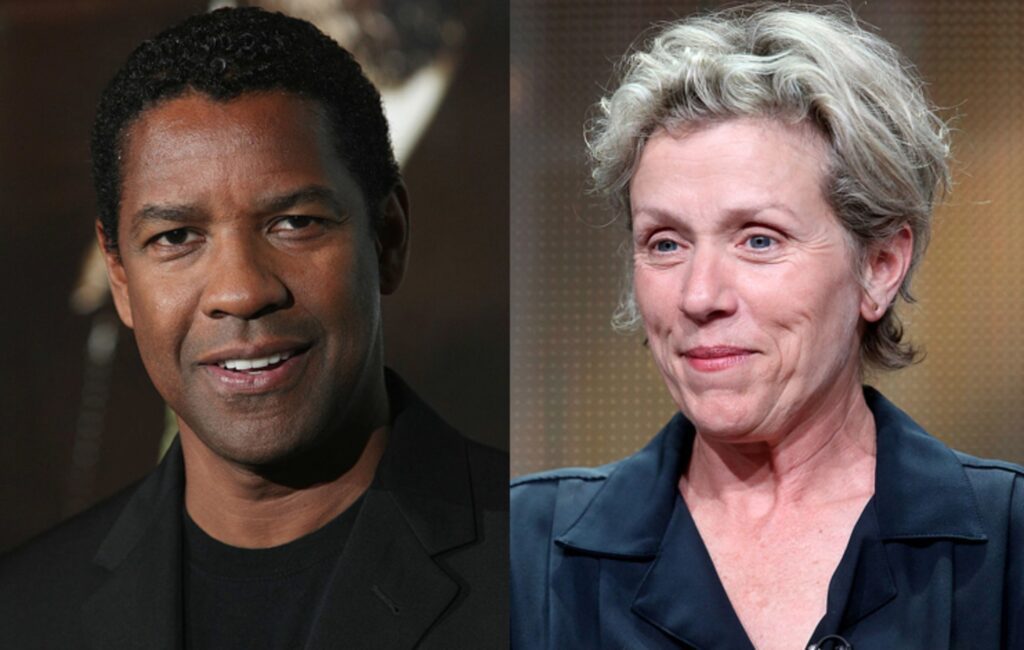 Apple Original Films and A24 have joined forces to release Joel Coen’s much anticipated film The Tragedy Of Macbeth.

The film, which is set be released in cinemas later this year ahead of its global launch on Apple TV+, sees Coen make his first solo directing outing, without brother Ethan, and stars Academy Award-winners Denzel Washington and Frances McDormand.

Coen, who in addition to directing the film also produces alongside McDormand and Robert Graf, reunites with frequent collaborators Bruno Delbonnel as DP, costume designer Mary Zophres, and Carter Burwell with an original score.

Ralph Ineson also has a small role in the film as The Captain. Speaking to NME earlier this year, he shared a bit of insight into the film.

“It’s a small part [I play] at the very start of the film, as The Captain who comes back to report from battle – it’s a great speech,” he said of his role in the film. “It turned out that Joel Coen had wanted my voice to open the film, so they flew me out to LA to do that, which is a great compliment.”

Sharing further details about the film, he said: “It’s shot in black-and-white – it’s gonna look fantastic. Before we started shooting, I walked through all the artwork and design department and it’s spooky stuff.

“The costume as well, it creates a world that’s kind of both majestic and dirty and bloody – it’s what you’d expect from Joel Coen doing Macbeth, but in lots of ways it’s not.”

The Tragedy Of Macbeth isn’t the first time A24 has collaborated with Apple. Other projects have included the Sofia Coppola-directed On The Rocks, which stars Rashida Jones and Bill Murray, and the Sundance Documentary Jury Award winner Boys State.

A future project on the slate is the Josephine Decker-directed The Sky Is Everywhere, starring Grace Kaufman, Cherry Jones and Jason Segel.

Meanwhile, Denzel Washington has opened up about policing in America in a recent interview.

During a chat with Yahoo!, he explained how he researched his role as a police officer in 1991’s Ricochet, adding that he went out on a call shadowing a sergeant in his day-to-day job.

The actor said he had the “utmost respect” for what the police do.