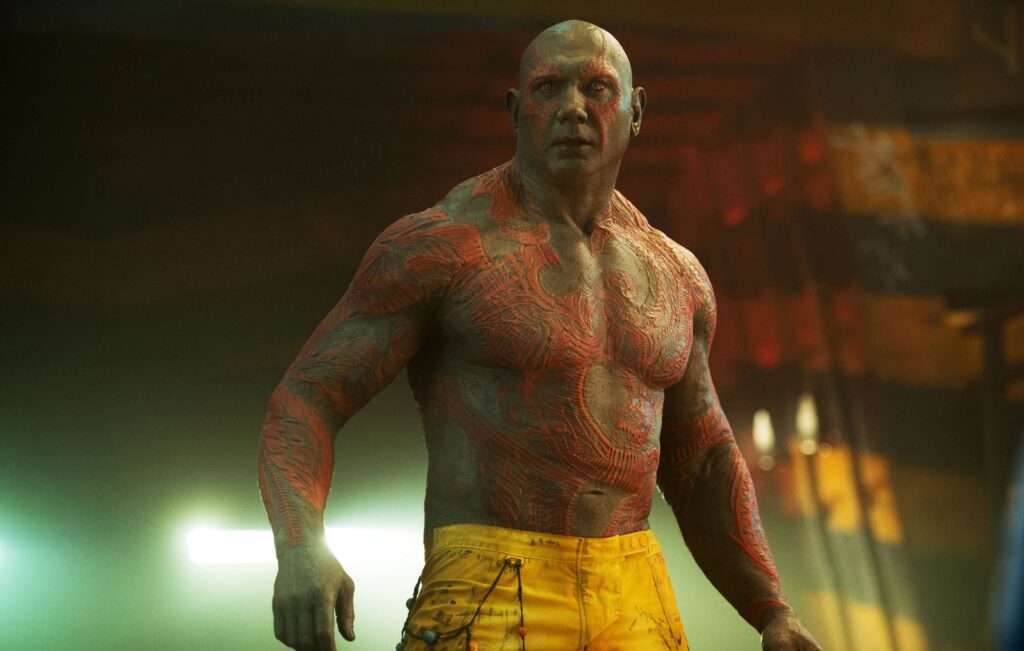 Guardians Of The Galaxy‘s Dave Bautista has said that he thinks Marvel “dropped the ball” on his character Drax’s backstory.

Speaking in a new interview, the actor, who played Drax in the first two Guardians Of The Galaxy films, as well as Avengers: Infinity War and follow-up Avengers: Endgame, shared his thoughts on the studio’s treatment of his character.

“That role changed the trajectory of my life,” he told Collider. “It’s always going to be special to me. Now I’m four films in… I really wish that they would have invested more in Drax, personally.

“I think Drax has more of a story to tell and I think Drax has got a really interesting backstory which they dropped the ball on. And that’s no dig on Marvel. They had their slate, and I know what they’re focused on, and that’s what they have slated out. But man, I think they really missed the ball on Drax. He’s got such a great backstory.”

He added: “Selfishly, as a performer, that would have given me the opportunity to show different sides of Drax, emotionally. And physically as well.”

Bautista went on to say that “Drax gets his ass kicked more than any other Marvel character” despite his “terrifying” look, and added that “the whole ‘Destroyer’ thing, they just threw that out the window.”

He then said he thinks the “comedic side” to his character became so popular that “they just tapped into that, then they tapped into it more, then they just really dug a hole in it.”

“We missed a huge boat on that character and I don’t think it’ll ever come back around. But I’m really just looking forward to finishing out this whole journey with the cast.”

Bautista is set to reprise his role in the upcoming Guardians Of The Galaxy 3, but recently said he would not be playing his character after the threequel. The next film he can be seen in is Zack Snyder’s Netflix zombie film Army Of The Dead, due out May 21.

Meanwhile, it was revealed yesterday (May 11) that Bautista is reportedly set to join the cast of Rian Johnson’s forthcoming Knives Out sequel.