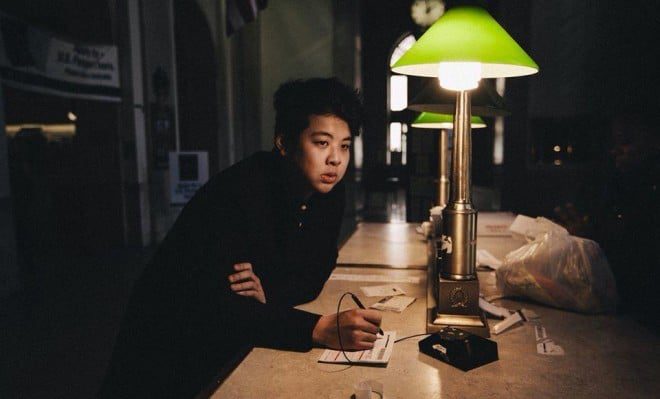 In his first release since his hit collaboration “Supersonic (My Existence)” with Skrillex, Josh Pan delivers “go with the fire” and its accompanying music video. Directed by Dante Marino, Pan’s “go with the fire” music video is available now via 88rising, and serves as the first installment of a 2-part short film.

The music video follows its protagonist, a man draped in angel wings, and a woman, his intrepid sidekick. Chronicling various heists performed by the elusive pair, the video sees the man and woman stealing diamond-encrusted watches from a jewelry store to hot-wiring cars. Culminating in one adrenaline packed final scene, the pair are seen breaking into a villa, where the angel wing adorned protagonist finds a familiar angel bust. Upon picking up the angel figurine, the homeowner stumbles upon the pair, and chases the angel-winged man outside before the story’s fateful end. A producer, songwriter, vocalist, DJ and multi-instrumentalist, Josh Pan is a jack-of-all-trades. Never sticking to any singular genre or conventional style, Josh Pan constantly reinvents the wheel of what artistic breadth can and should be. His latest “go with the fire” reflects his ever-changing artistic pursuits, and is best described as a dive into the unknown, or as Pan puts it, “going with the fire.”