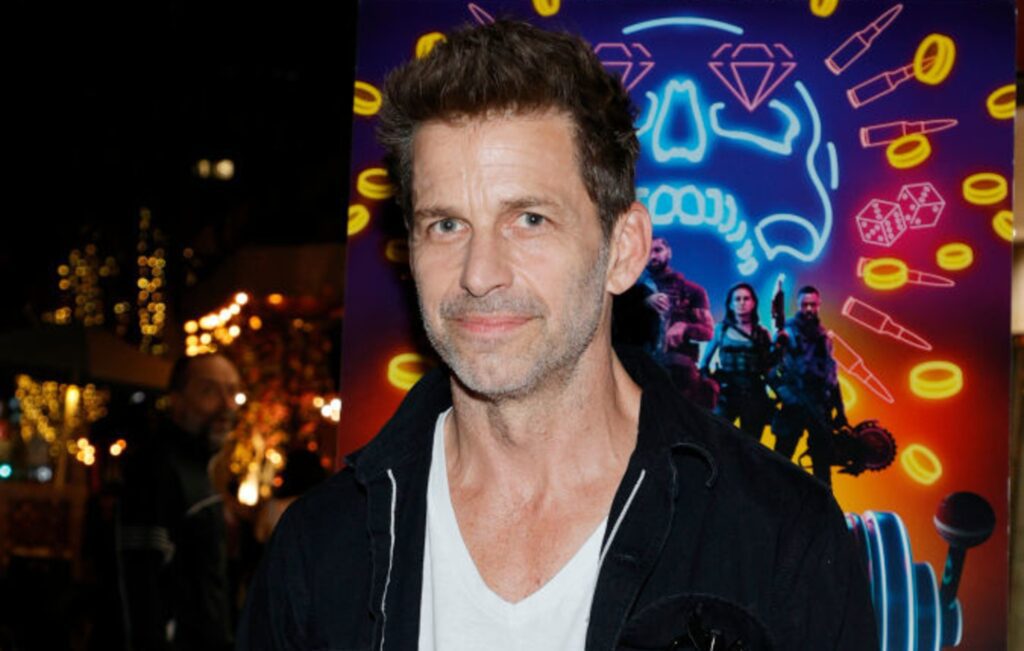 Army Of The Dead filmmaker Zack Synder has revealed that he hid the plot to his upcoming anime prequel of the film in Easter egg form.

The director and producer spoke about the hidden story while in conversation with NME about Army Of Thieves, the new spin-off film which he produced.

“One of the things that happened in Army Of The Dead that not many people have noticed I don’t think is that when they go into the Olympus Hotel, there’s a painting above the doorway.

“The Olympus is based on Greek mythology, so it’s sort of a classic Greek entrance,” he explained.

He continued: “In a fresco above the doorway, it tells you a little bit about the story of the animated prequel that we’re making and how they journey through a portal to find the origins of the zombie plague in the mosaic.”

The animated prequel series, called Army Of The Dead: Lost Vegas, was announced in 2020, along with Army Of Thieves. It will star multiple actors from the original film, including Dave Bautista, Ella Purnell, Tig Notaro, Omari Hardwick and Ana de la Reguera. It’s set for release on Netflix in 2022.

Elsewhere in the interview, Army Of Thieves’ star and director Matthias Schweighöfer described his first day on set behind the camera. In particular, he described the reaction from the cast and crew when they heard him attempting to direct in English for the first time.

“I’ll never forget their faces when they looked at me,” he said. “I saw in their eyes like, ‘What the fuck is he talking about?’ I couldn’t understand anyone. I was like, ‘Oh shit, I have a huge problem.’”

Army Of Thieves is now available to stream on Netflix.