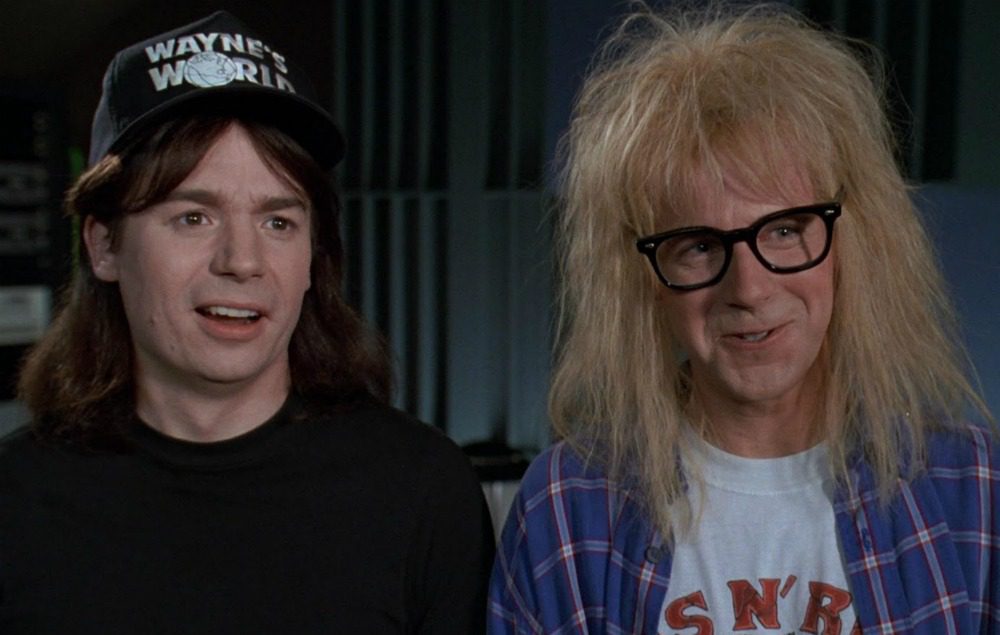 Josh Gad has revealed that he’s set to host a Wayne’s World reunion as part of his YouTube series.

The actor has been hosting virtual reunions for classic films across lockdown on his Reunited Apart series, previously bringing together the cast of Ferris Bueller’s Day Off back in June.

Also featured on the series during lockdown has been the cast of The Goonies, The Lord of the Rings and Ghostbusters.

Appearing on Jimmy Kimmel Live last night (October 15), Gad revealed that the next reunion in the series would be for the 1992 classic. No date has yet been set for the reunion.

“I wasn’t going to do this tonight but I love you so much Jimmy I’m going to reveal to you that the next episode of Reunited Apart is Wayne’s World,” Gad said to the host.

“Will Queen be there?” Kimmel asked, referring to the scene where stars Dana Carvey and Mike Myers sing ‘Bohemian Rhapsody’.

Last year, Mike Myers and Dana Carvey briefly revived Wayne’s World at the Oscars, where they showed up in support of nominated Queen biopic Bohemian Rhapsody.

After admitting they were “not worthy” to be in the presence of Queen, Myers warned: “Don’t hurl cause if you honk I’ll spew.”

Carvey responded: “And if you spew I’ll blow chunks, so I shall not hurl.”