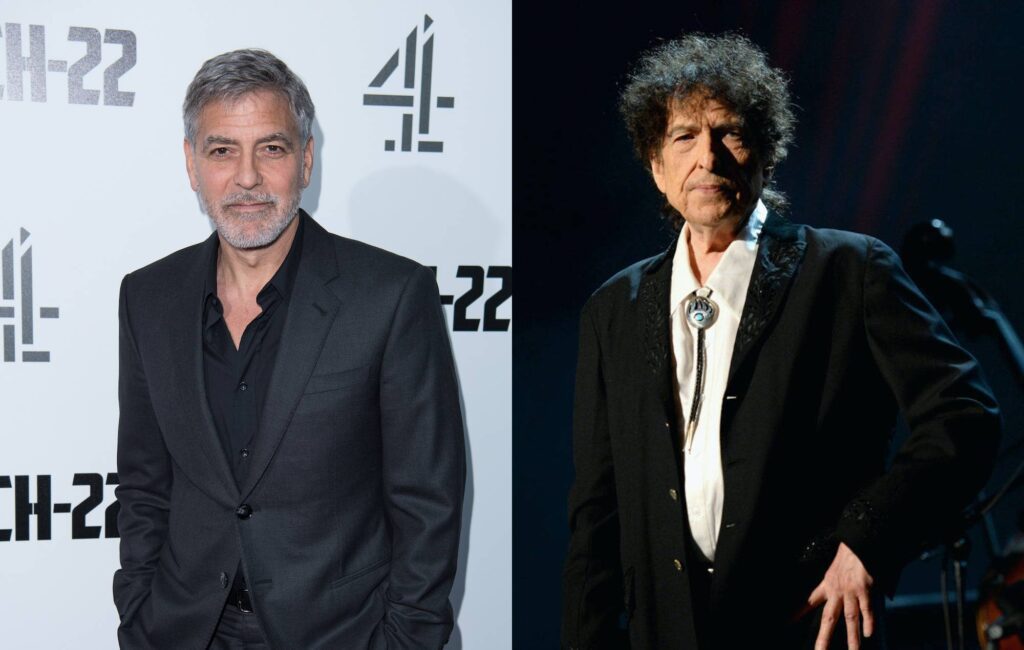 George Clooney and Bob Dylan are set to work on a new film adaptation together.

The new project sees Clooney and his Smokehouse Pictures partner Grant Heslov teaming up with Dylan’s Grey Water Park Productions. Calico Joe is the story of a father and son, set against the backdrop of Major League Baseball in the United States.

“John has written a beautiful story and the chance to collaborate with Bob to bring it to the screen is just fantastic,” Clooney and Heslov said of the new project in a statement.

Dylan added: “George and Grant see in this book what I see in it – a powerful story that will resonate with young and old alike. People in all walks of life will be able to relate to it.”

The development of the film’s script is set to be financed by new company ZQ Entertainment, set up by producer Ara Keshishian, as well as a new development fund from Petr Jakl.

The pair said: “In this climate, with the ever-evolving distribution landscape and different ways to reach audiences, we feel this is the perfect time to focus on development with the best storytellers.

“The calibre of talent involved, and quality of John Grisham’s amazing book is the exact type of content we are looking to develop and produce. Smokehouse’s track record speaks for itself and we look forward to working with them and the legendary Bob Dylan to bring this story to life.”

Bob Dylan released new album ‘Rough And Rowdy Ways’ back in June, which NME called “arguably his grandest poetic statement yet” in a five-star review. The album went on to debut at number two on the US Billboard charts, making Dylan the only artist to have achieved a Top 40 album in the US in every decade since the 1960s.