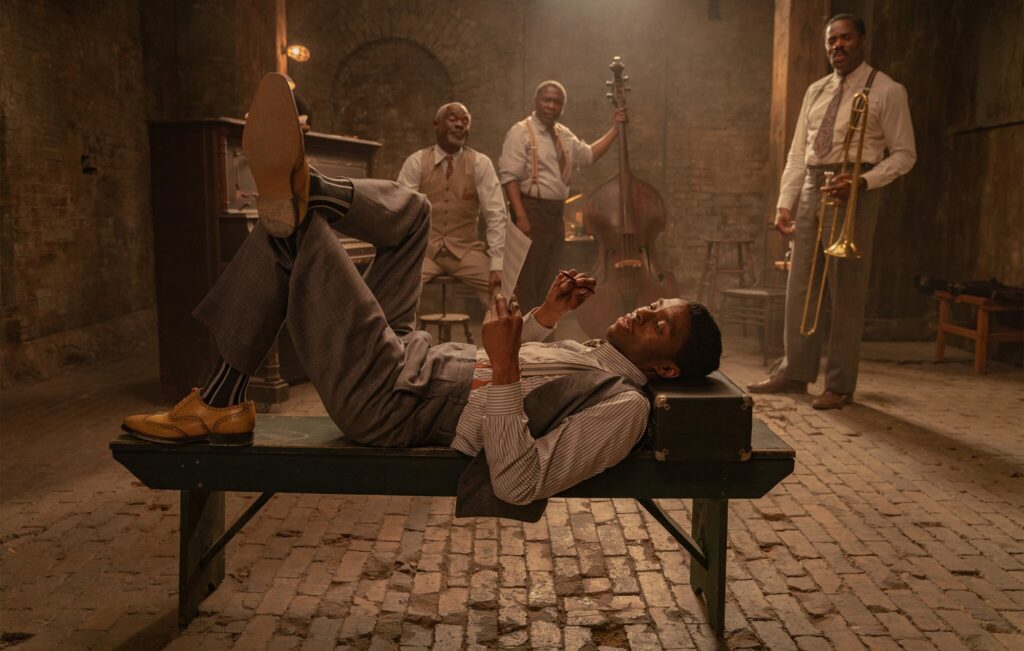 Netflix has shared the first trailer for Chadwick Boseman’s final film Ma Rainey’s Black Bottom – you can watch it below.

The actor died in August at the age of 43 following a four-year battle against colon cancer. His death was confirmed by his family who released a statement on the actor’s social media pages.

You can watch the trailer below:

On working with Boseman, Denzel Washington, who produced the film, told the New York Times: “He did a brilliant job, and he’s gone. I still can’t believe it.”

Davis went on to describe Boseman as “the ultimate collaborator”. She said: “A lot of actors mistake their presence for the event. An actor of Chadwick’s status usually comes on and it’s their ego who comes on before them: This is what they want, this is what they’re not going to do.

Ma Rainey’s Black Bottom will be released on Netflix on December 18.

Earlier this week it was revealed that Chadwick Boseman died without a will, after his wife Taylor Simone Ledward filed a probate case in court.

According to court documents obtained by ET, the actor “died intestate” – i.e. without a legal will. Ledward is asking a judge to make her an administrator of limited authority of her husband’s estate, which is estimated to be worth $938,500 (£726,430).

Meanwhile, a mural dedicated to Black Panther actor Chadwick Boseman has been unveiled at Disneyland in California.