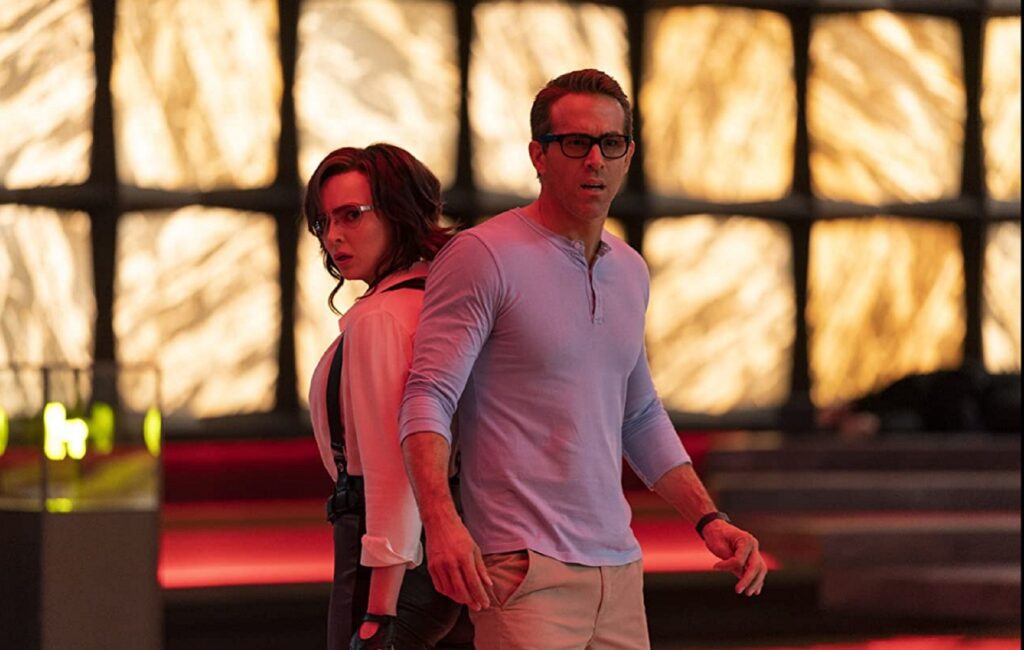 A new trailer for the forthcoming action-comedy film Free Guy has been revealed, which sees Ryan Reynolds starring as a background character in an open world video game.

The two-minute trailer, which you can watch below, sees Reynolds waking up in the video game world of ‘Free City’, being hit by a train and respawning, before realising he is in fact a fictional character.

Directed by Shawn Levy, the film is due to be released in UK cinemas this December following a six month delay enforced by the coronavirus pandemic.

Also among the cast is Joe Keery, aka Stranger Things‘ Steve Harrington. In an interview with NME back in August, he discussed meeting Reynolds on set for the first time.

“It’s kind of bizarre when you meet people that you look up to,” he said of working on the star-studded production. “At first when I met Ryan, I was like, ‘Oh, hello, Ryan Reynolds’. You can’t help but notice that you’ve seen them in so many things, but you know, the guy is a machine!

“What I took away is that he is really invested in the project and he really understands the process,” Keery continued. “He’s such a team player and realises that he’s the number one dude on the callsheet, so he sets the tone for everybody on set.”