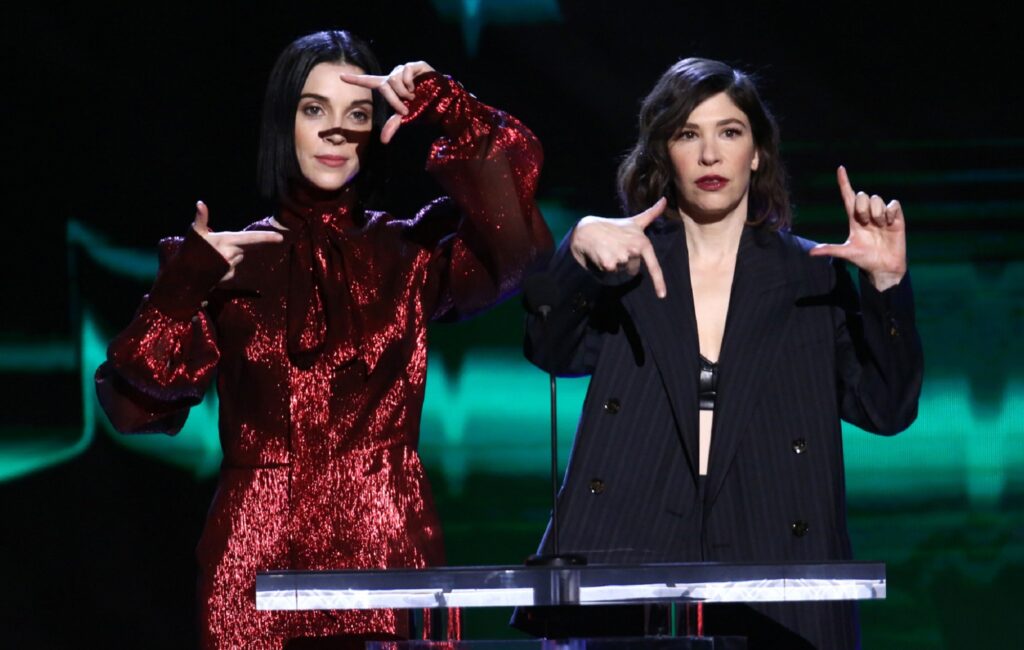 Annie Clark, aka St. Vincent, and Sleater-Kinney‘s Carrie Brownstein have shared the new full-length trailer for their forthcoming film The Nowhere Inn.

The film is described as “a metafictional account of two creative forces banding together to make a documentary about St. Vincent’s music, touring life, and on-stage persona. But they quickly discover unpredictable forces lurking within subject and filmmaker that threaten to detail the friendship, the project, and the duo’s creative lives”.

You can see the new two-and-a-half minute trailer below. It follows an earlier teaser trailer that arrived in May.

“Me and my bestie made a bananas art film…it was supposed to be a music doc but somewhere along the way, things went terribly wrong,” St. Vincent said along with the first trailer.

Co-written, produced, by – and starring – the two musicians, the collaborative project was first announced in April 2019 after the pair joined forces on a series of mock interview segments in promotion of St. Vincent’s 2017 album, ‘MASSEDUCTION’.

Having been premiered at Sundance Film Festival 2020, The Nowhere Inn, directed by Bill Benz, will be given a cinematic release on September 17, 2021 when it will also land on Apple TV+.

The clip features a rendition of ‘What’d I Do With All This Faith?’, a track taken from Bleachers’ latest album ‘Take The Sadness Out Of Saturday Night’. In the video, St. Vincent joins Antonoff and his band as a backup vocalist.