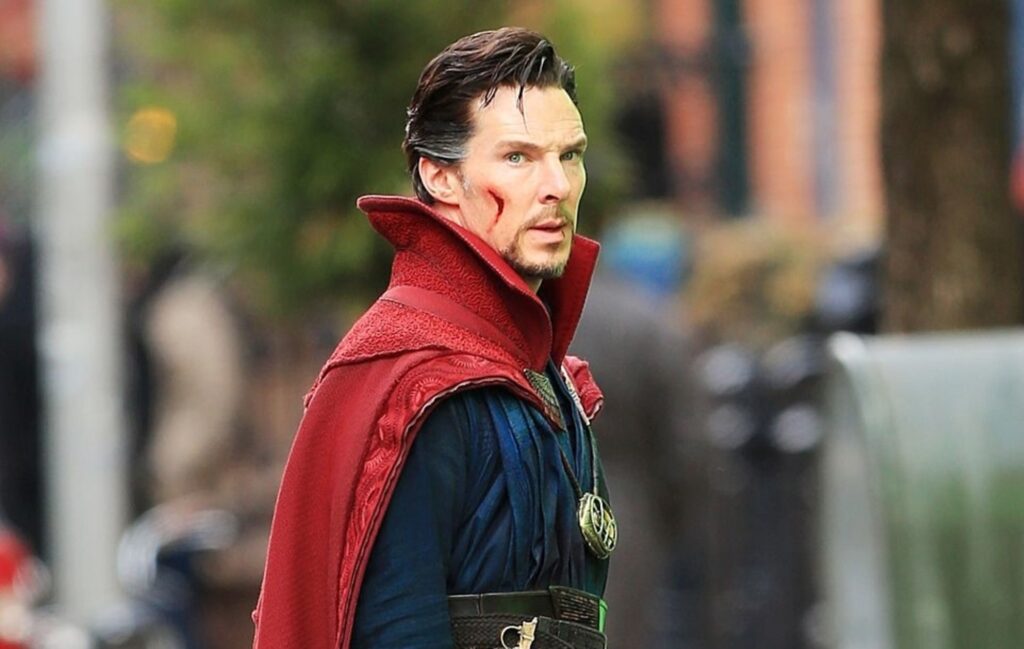 A new video has surfaced of Benedict Cumberbatch surprising customers of a New York comic book store by walking in dressed as Doctor Strange.

In the clip, which was filmed by Scott Derrickson, the director of 2016’s Doctor Strange, Cumberbatch is seen walking into a Manhattan comic shop in full costume during a break from filming the Marvel sorcerer’s first movie.

“I’m about to walk into a comic store in Manhattan dressed as Doctor Strange, come with me,” Cumberbatch intros the video, before walking past a group of people into the store.

Once inside, customers are shocked to see the man who features in some of their favourite comics walk past them before he greets an employee behind the counter. Joined by another man, the three exchange a few words before taking some pictures.

While shooting in Manhattan right in front of a comic book store, I spontaneously suggested to Benedict that he go inside and he agreed. pic.twitter.com/ge2DcqWpu1

Photos from the surprise visit emerged back in 2016, but this is the first time the film’s director has shared a video from the event.

Doctor Strange’s next adventure will continue in Doctor Strange In The Multiverse Of Madness. Initially set to be released in May of next year, it’s now been pushed back to 2022 due to the coronavirus pandemic.

In January, Derrickson announced he was quitting the film’s anticipated sequel due to “creative differences” with Marvel. However, he will remain on board as executive producer.

Doctor Strange In The Multiverse Of Madness is one of the most anticipated offerings of Marvel’s Phase Four – with the director describing it as the “first scary MCU movie.”

Other anticipated offerings from Phase Four include Black Widow, The Eternals, which are both set for release later this year, and Shang-Chi and The Legend of The Ten Rings.