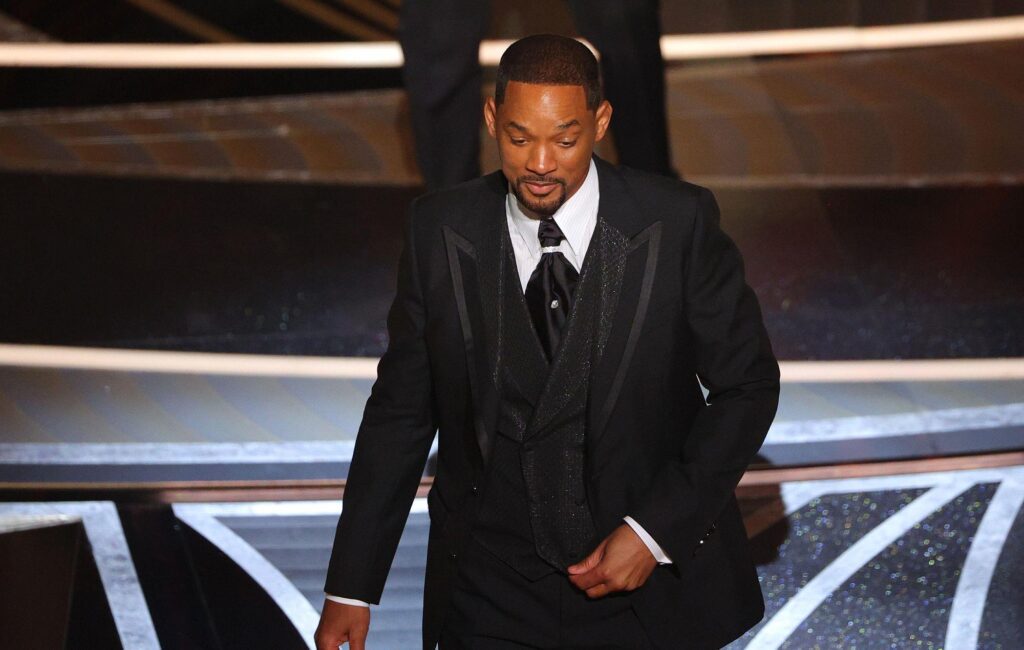 The Academy of Motion Pictures Arts and Sciences has claimed that it asked Will Smith to leave the 2022 Oscars ceremony after he slapped Chris Rock, but the actor refused.

Acknowledging that it still could have “handled the situation differently”, the Academy has alleged that it did take decisive action in requesting Smith leave on Sunday (March 27).

Per The Guardian, the Academy’s board of governors, which met yesterday (March 30), said they had initiated disciplinary proceedings against Smith for violations against the group’s standards of conduct.

During last week’s 94th Academy Awards ceremony, Smith slapped presenter Rock on-stage after the comedian made a controversial joke about his wife, Jada Pinkett Smith, regarding her shaved hair that had seemingly been cropped short due to her alopecia.

“Things unfolded in a way we could not have anticipated,” the Academy said in a new statement. “While we would like to clarify that Mr Smith was asked to leave the ceremony and refused, we also recognise we could have handled the situation differently.”

The Academy added that Smith has the chance to defend himself in a written response before the board members meet again on April 18. The Academy said that disciplinary action for Smith could include suspension, expulsion or other sanctions.

Initially, the Academy had condemned Smith’s assault, writing on social media last week that it “does not condone violence of any form”.

The Academy does not condone violence of any form.

Tonight we are delighted to celebrate our 94th Academy Awards winners, who deserve this moment of recognition from their peers and movie lovers around the world.

But in its fresh comments issued yesterday, the tone of language appeared stronger. “Mr Smith’s actions at the 94th Oscars were a deeply shocking, traumatic event to witness in-person and on television.

“Mr Rock, we apologise to you for what you experienced on our stage and thank you for your resilience in that moment. We also apologise to our nominees, guests and viewers for what transpired during what should have been a celebratory event.”

Several celebrities reacted to the incident including Mia Farrow, who labelled it the Oscars’ “ugliest” moment.

Smith initially apologised to the Academy and those watching the ceremony. However, he did not directly say sorry to Rock.

He has since done so, with Rock saying yesterday (March 30) at his first stand-up show since the incident that he was “still processing” what happened.

As Rock presented Summer Of Soul with the Oscar for Best Documentary Feature, he looked bemused and, at one point, shrugged towards someone in the crowd.

Elsewhere, Summer Of Soul producer Joseph Patel has said that Smith “robbed” Questlove of his winning moment at the awards.