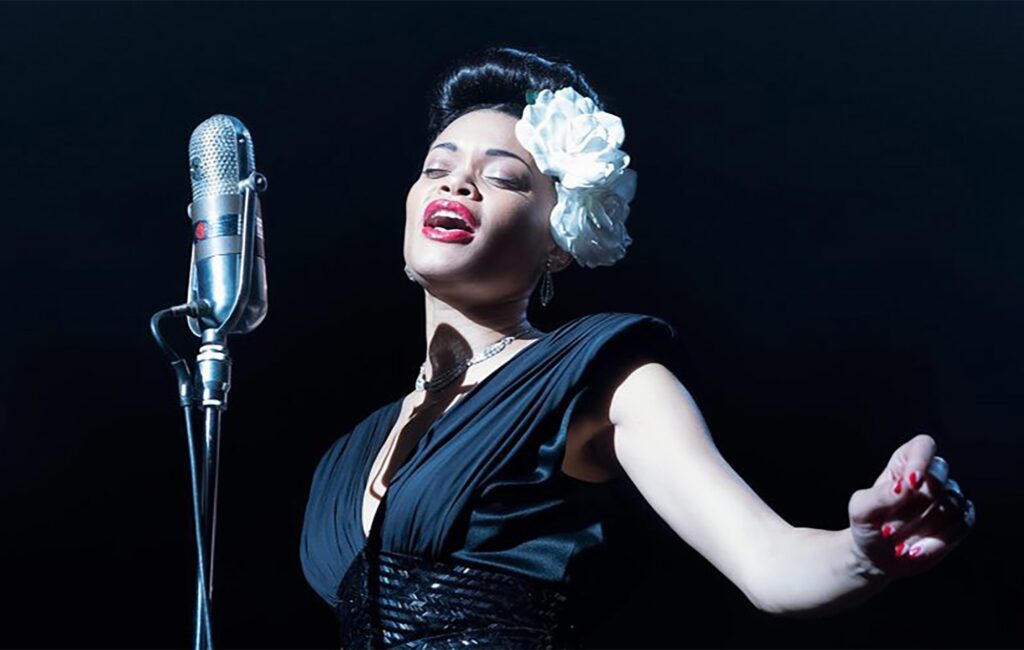 The first images from The United States vs. Billie Holiday have just been released – take a look below.

The upcoming Billie Holiday biopic is eyeing a February 2021 release, and has shared new stills from the film exclusively with Vanity Fair.

Lee Daniels (Precious) will direct the film, from a script by playwright and screenwriter Suzan-Lori Parks based on the book Chasing the Scream: The First and Last Days of the War on Drugs by Johann Hari.

The film is set to follow Billie Holiday in the early days of her career, as she is “targeted by the Federal Department of Narcotics with an undercover sting operation led by Black Federal Agent Jimmy Fletcher, with whom she had a tumultuous affair,” the synopsis reads.

Holiday will be played by Andra Day, making her feature acting debut opposite Trevante Rhodes as Jimmy Fletcher, described by VF as “the undercover agent who switched allegiances after falling for the singer”.

Check out the first images from The United States vs. Billie Holiday here:

Exclusive: Your first look at Lee Daniels's new film, The United States vs. Billie Holiday, is here. In her feature acting debut, Grammy-nominated artist Andra Day will play Lady Day herself in a dramatization of the Federal Bureau of Narcotics’ quest to imprison Holiday on drug charges as retribution for her singing political songs like “Strange Fruit” and her dedication to integrating audiences. Daniels, the director behind the Oscar-winning Precious, cast Day—a smoky soul singer whose voice has a natural Holiday-esque bent—in 2018 after being blown away by her audition. “She wasn’t acting,” he says. “She was just baring her soul.” Read more about the #USvsBillieHoliday at the link in bio.

Describing her experience of listening to Holiday’s music for the first time at the age of 11, Day told the publication: “I was like, ‘What ?! This is nothing like Whitney Houston!’ It really transformed me as a singer.”

Da’Vine Joy Randloph , Nathasha Lyonne and Garrett Hedlund will also be starring in the film, set to be released by Paramount Pictures.

The United States vs. Billie Holiday is billed for a worldwide theatrical release on February 12, 2021. Stay tuned for further updates in light of the ongoing coronavirus crisis.