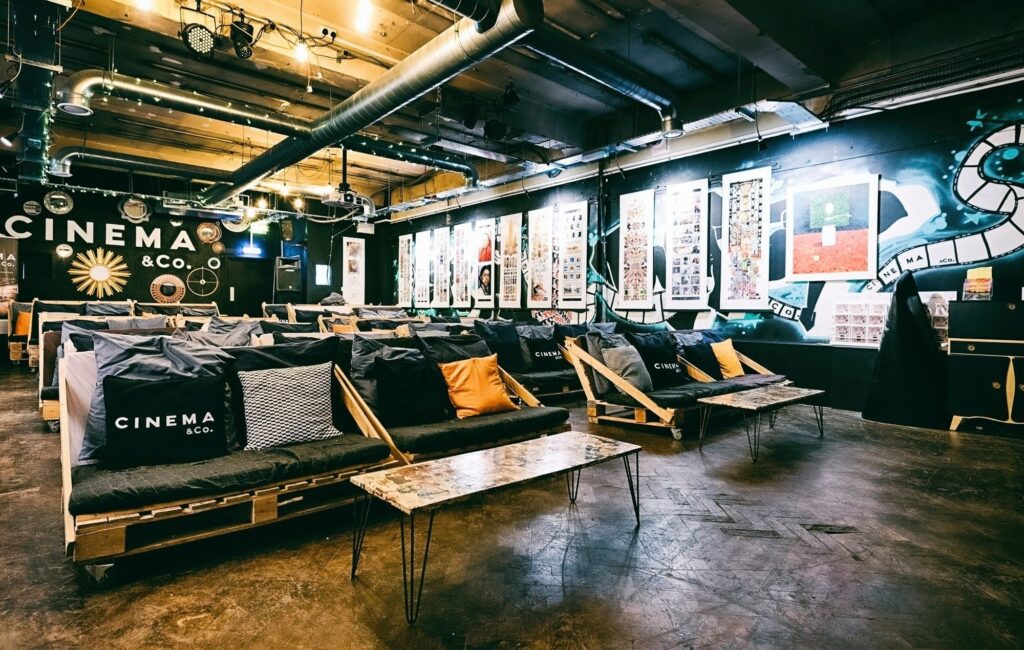 A cinema that was ordered to close after breaking COVID rules disobeyed the ban in order to screen a film by the son of conspiracy theorist David Icke.

In addition to the closure of her cafe and cinema, Redfern was also fined £15,000 and given a suspended prison sentence for contempt of court, per BBC News.

However, she has since admitted to reopening her business after receiving a court order to close. According to the BBC, the cinema reopened on December 1 for a festive screening of Santa Claus: The Movie. Four nights later, it hosted the “world premiere” of NHS conspiracy film A Good Death?

Directed and produced by Jaymie Icke, the film makes several serious unfounded allegations against NHS doctors and nurses, including that they are deliberately killing elderly people in hospitals in order to “boost the numbers” of people dying of coronavirus.

Jaymie’s father David is known for sharing a belief that he’s the son of God and that the British Royal family are shape-shifting lizards. Facebook, Twitter and YouTube suspended his accounts in 2020 for posting misleading claims about the pandemic.

Callum Hood, head of research at the Center for Countering Digital Hate (CCDH), described A Good Death? as “completely false”, “pernicious” and “dangerous”.
“What is really dangerous about the film that the Icke brothers have put together and put on at this cinema in Swansea is that it is painting hardworking NHS doctors and nurses as deliberately setting out to murder patients strictly in order to push up the numbers of the COVID pandemic, which is a complete reversal of what’s actually going on in the NHS,” Hood said.
Redfern shared a statement with BBC Wales, which she also published on her cinema’s Instagram account. “Firstly, Cinema & Co. does not practise censorship,” she said. “Secondly, caring for my mother at the end of her life and reflecting upon my own mortality, I have given a great deal of consideration as to what constitutes a ‘good death’ and found the film very thought provoking.”
A week after the film’s screening, Redfern admitted to being in contempt of court and promised the judge her “stand” was at an end and that she would comply with the local authority.https://www.instagram.com/p/CYOh0LoKE3b/?utm_source=ig_web_copy_link

It’s reported that Redfern has received more than £61,000 in donations since first being served with a notice of closure after a crowdfunding page was set up by former Brexit Party and Abolish the Welsh Assembly candidate Richard Taylor.

She told the BBC that she intended to use the funds to “educate and empower others to claim their universally declared human rights back” and to take her family on holiday, while the rest would be spent on activities such as “free film screenings for all schools living in poverty”.

At her latest hearing, Redfern’s lawyer told the court his client did not run the business for profit and was living off £30,000 in savings. District Judge Neale Thomas said he was “sceptical” of this claim.

It was also revealed last month that Cinema & Co. has received more than £52,000 in COVID-related grants since the start of the pandemic. Police have said they are looking into if any of the grant conditions have been breached and “whether any of the grants should be recovered”.