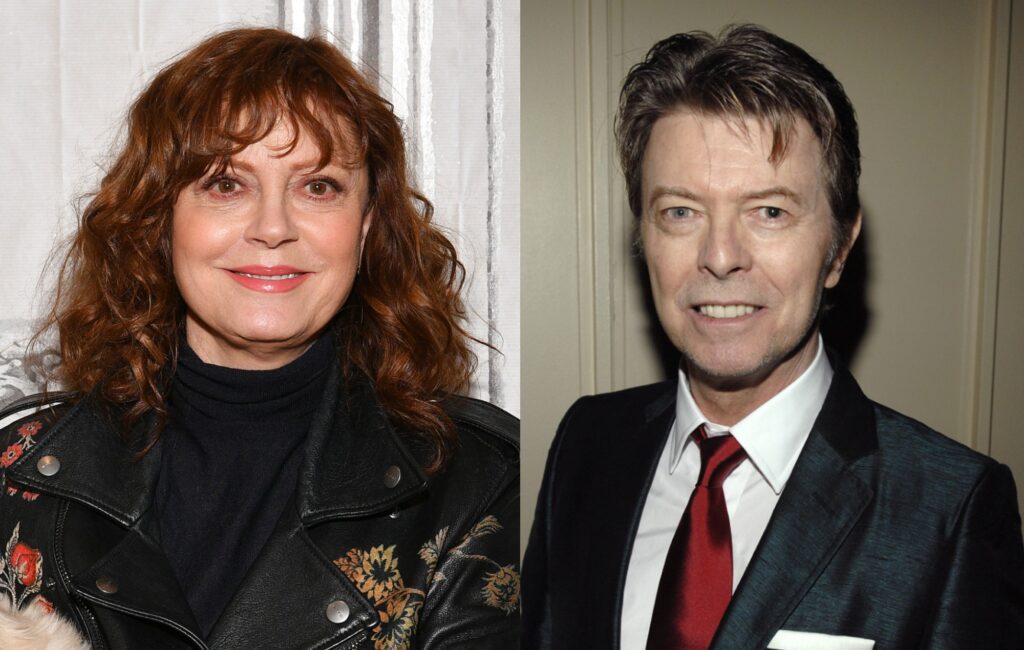 Susan Sarandon has opened up about her final phone call with David Bowie before he passed away in 2016.

The pair, who starred together in 1983’s The Hunger, previously dated, though the Oscar-winning actress has now revealed that they went through “some things that needed to be said” in the months leading up to his death.

“I was fortunate enough to be closer to him right before he died, the last couple of months,” Sarandon told The Mail On Sunday‘s You magazine. “He did find me again. We talked to each other and said some things that needed to be said.

“I was so fortunate to be able to see him when he told me what was going on with him.”

The pair last met a month before he died at New York premiere of his musical Lazarus, Sarandon revealing they subsequently spoke one more time – though the star admitted she didn’t have a clear memory of the phone call.

“I wasn’t sleeping so I took a pretty strong sleep aid,” she revealed. “And I had this dream that David had called me and that we’d had this conversation. Then later I thought, ‘Did he actually call me?’

“And I went to my phone and he had. But I have no recollection of what that conversation was.

“He died a week later. It’s all so frustrating.”

The actress also praised Bowie’s wife Iman, revealing they had been in touch: “I love his wife Iman, someone who was so equal in stature to him. That was clearly who he was destined to be with. And I’ve kept in touch with her.”

Bowie died in January 2016 from liver cancer, just a few days after the release of his final album, Blackstar.

Last week, meanwhile, two previously unreleased versions of tracks ‘Karma Man’ and ‘Silly Boy Blue’ were shared, which will feature on the upcoming ‘David Bowie 5. Brilliant Adventure (1992-2001)’ and ‘Toy’ boxsets. They are due out on November 26 and January 7.

A pair of Bowie pop-up shops are set to open in London and New York later in October to celebrate what would have been his 75th birthday.

They come as part of a year-long celebration of the late star’s birthday, which being is planned by his estate under the name ‘Bowie 75’.