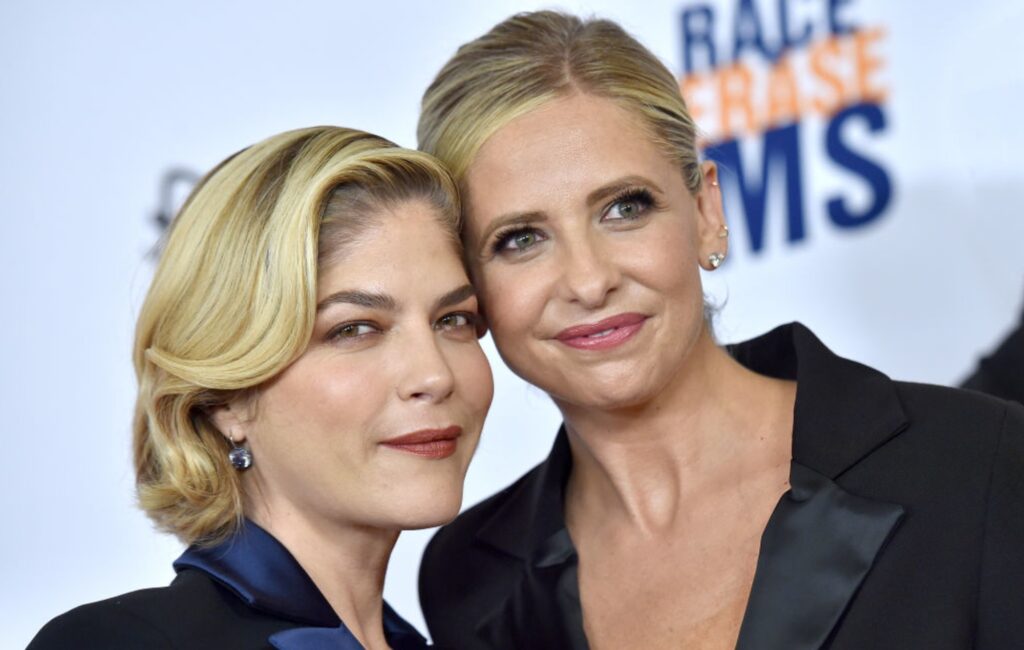 Sarah Michelle Gellar and Selma Blair have reenacted their famous Cruel Intentions kiss – but with a 2020 twist.

The pair, who starred alongside Reese Witherspoon and Ryan Phillippe in the 1999 teen movie, took home the Legendary Lip Lock award at the MTV Movie & TV Awards: Greatest Of All Time on Sunday night (December 6).

Reuniting to accept the award at MTV’s virtual ceremony, Gellar and Blair attempted to recreate the kiss but were unsuccessful after being foiled by a piece of social distancing apparatus.

See the actors attempt their kiss in the clip below:

Reflecting on the kiss and why it has stood the test of time, Blair said: “I think the reason the kiss has resonated with people so long is not just for the initial shock value but because it was a catalyst for so many young people to help them realise certain aspects of their sexuality and help make people comfortable to be who they really are.”

“It also represented a paradigm shift to a new dynamic towards acceptance in pop culture,” Gellar said, before adding: “Well, also it was super-hot.”

Elsewhere during the MTV event, the late Chadwick Boseman was honoured with the Hero For The Ages award.

Boseman’s fellow Marvel actors Don Cheadle and Robert Downey Jr. paid tribute to the Black Panther actor, who died in August at the age of 43 following a four-year battle with colon cancer.

See the Cheadle and Downey Jr. honour Boseman below:

[email protected] and @DonCheadle paid tribute to the late Chadwick Boseman ahead of his Hero for the Ages honor at the #MTVAwards: Greatest of All Time. ❤️ pic.twitter.com/EmE5FcPXUM

Meanwhile, plans have been put in place to begin shooting Black Panther 2 next July, it is being reported.

Original plans to begin production next March were delayed after the sudden death of Boseman. Now, July 2021 has become the next proposed date to begin filming the sequel, according to The Hollywood Reporter.

Sources have said that the shoot will begin in Atlanta, Georgia next summer, and last for six months or more.

Marvel has also revealed that it will not use a digital body double for Boseman in the sequel to the 2018 film.