Salma Hayek recalls being held at knifepoint on Hollywood Boulevard 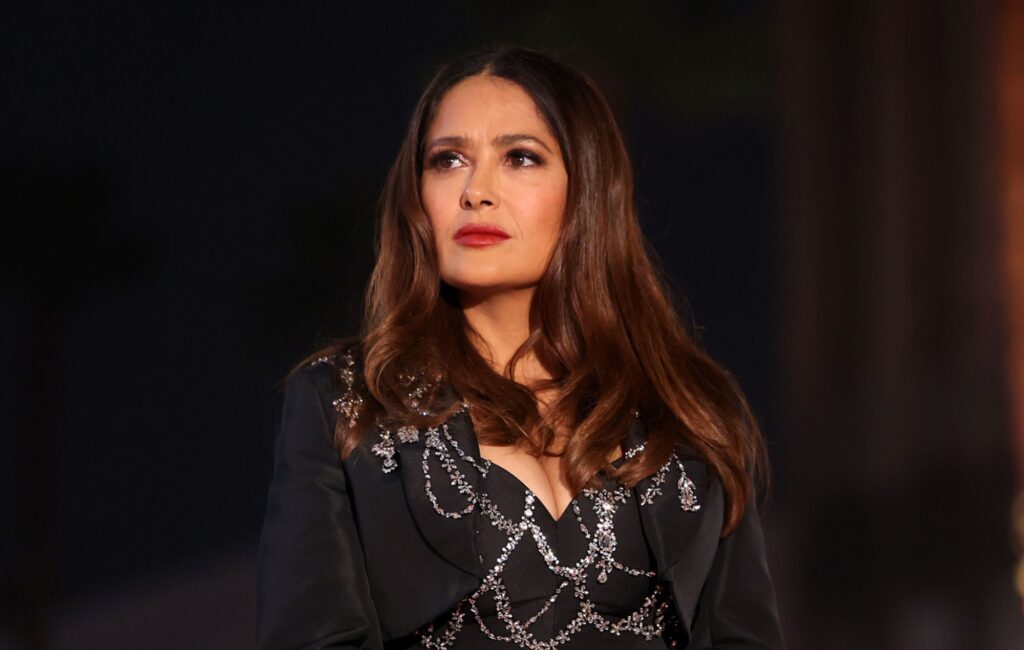 Salma Hayek has recalled how she was once threatened and chased by a man with a knife on Hollywood Boulevard.

The actress, who stars in Ridley Scott’s House Of Gucci, opened up about the experience in a prepared speech while accepting the 2,709th star on the Hollywood Walk of Fame on Friday (November 19).

Speaking on stage, Hayek said: “I want to say that I’m very moved by tonight. It is, of course, a great honour, but also, for me, this night is very healing. I’m going to tell you a horror story.”

Hayek said around two years after she moved to the United States, some of her friends from Mexico visited and asked to see Hollywood Boulevard.

According to the actress, they were all walking down the boulevard when a “poor man who was on the floor and very messed up” called out to her. Hayek decided to ignore the man, but he started to follow them.

“I kept walking and he took offense,” Hayek said. “He got up, took a knife out, and started coming after us. Especially after me, trying to stab me. So I ran as fast as I could – nobody helped us.

“I was asking someone to call the police, nobody came. Eventually, we went in a store because we were so tired and it was scary. We jumped over the counter, I grabbed a stick and I had to keep him from getting us with a stick.”

Hayek said she continued to fight off the attacker until two men – who were Hells Angels – intervened and stopped the fight, helping them all to safety.

“Everytime I thought about Hollywood Boulevard, this is what I remember,” she added.

Hayek also said she suffered racial abuse while in Hollywood, which almost led to her give up on chasing her acting dreams.

“I want to say to everybody that’s here, all my lovely fans, if you ask yourselves what gave me the courage to stay, I say it was you. Because although they didn’t know me here in Hollywood, all the Latins in the United States knew who I was.”

In NME’s four-star review of Eternals, the film is described as an origin story which “replaces the usual Marvel formula of quips and chaos with something altogether more soulful and melancholy”.